The ecstasy and pain of the Dodgers-Astros World Series 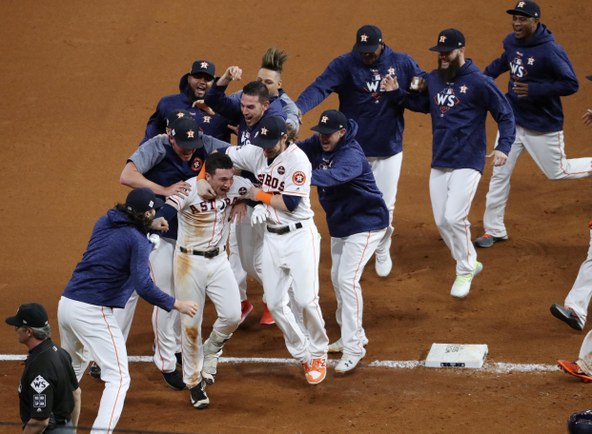 Houston Astros third baseman Alex Bregman  celebrates with teammates after
hitting the game-winning RBI single against the Los Angeles Dodgers in the 10th inning
in game five of the 2017 World Series at Minute Maid Park.
Photo by Thomas B. Shea/USA Today

The ecstasy and pain of the Dodgers-Astros World Series