Republicans struggle to find a compromise on healthcare Moments before Senate Majority Leader Mitch McConnell shows his GOP caucus his latest version of healthcare reform, two moderate Republicans offered another plan. South Carolina's Lindsey Graham told CNN, "We're going to support Mitch's efforts with his with his new plan, but we want an alternative and we all see which one can get 50 votes. We're not undercutting Mitch. He's not undercutting us." Graham was joined by fellow Republican Bill Cassidy of Louisiana. 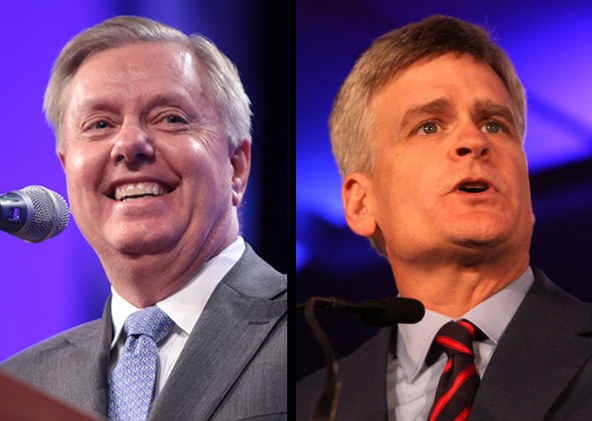 Destroying Mosul in order to save it

The Islamic State is mostly gone from the ancient city of Mosul after what some veterans call "the toughest urban warfare since World War II." Iraq's Prime Minister Haider...

Republicans struggle to find a compromise on healthcare