Nazi-allied group claims a Trump advisor as its own Sebastian Gorka is called the Presidents "top counter-terrorism advisor" and he's a major supporter of the controversial travel ban. But at one of January's inaugural festivities he wore a medal in his lapel that raised questions about a possible affiliation with an anti-Semitic group. Now he faces questions about his own right to citizenship. 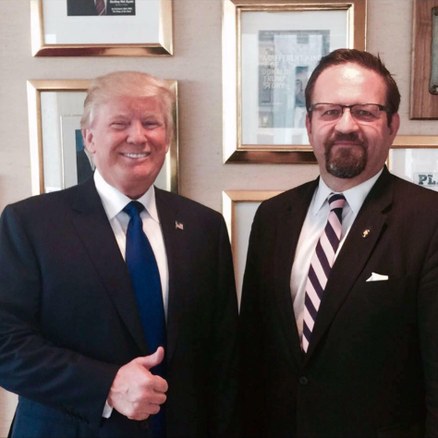 Earlier this year on Fox News, Gorka defended the travel ban, saying that the president was elected to protect the US. "The idea that we allow anybody into this country is an act of political suicide. If the word nation is to have a meaning, every nation has the right to decide who comes into our country." Larry Cohler-Esses, editor for special projects at Forward, a news organization covering political and cultural issues for Jewish readers, picks up the story from there.

It’s a new week and we have your Monday morning mix of all sorts of sonic flavors including new music from Brittany Howard, Rum.gold, and more! Morning Becomes Eclectic Jul 26

Is America turning its back on the world?

President Trump has released his proposed budget , with massive reductions to the State Department, the EPA, the arts, science and America's poor. His White House Budget...

Is America turning its back on the world?

Late last year, Donald Trump tweeted that, the United Nations had become, "Just a club for people to get together, talk and have a good time." His budget proposal released...

Nazi-allied group claims a Trump advisor as its own

Sebastian Gorka is called the Presidents "top counter-terrorism advisor" and he's a major supporter of the controversial travel ban. But at one of January's inaugural...