It appears that Syria's President Bashar al-Assad is not staying home anymore because he's afraid of a coup. Yesterday he visited Moscow at the invitation of Vladimir Putin, who has been giving military support to Assad's regime. 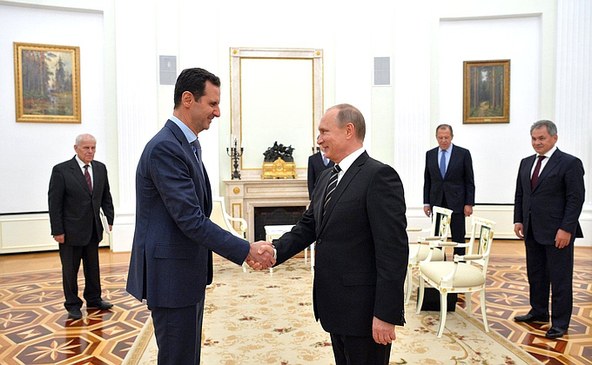 After their meeting, Putin reportedly promised political assistance, "in close contact with the other global powers and with the countries in the region that want to see a peaceful settlement to this conflict." Ivo Daalder, a former US Ambassador to NATO who is now president of the Chicago Council on Global Affairs, considers what that could mean for both military and political developments in the Middle East.

Is the Gravy Train over for Oil?

Biden's Out for 2016 Presidential Race

In the White House Rose Garden today, with President Obama and his wife, Jill Biden at his side, Vice President Joe Biden said he's decided not to run for his party's...

The price of crude oil has dropped by 50 percent in the past year. Shell won't be exploring for oil in the Arctic Ocean after all. In the Gulf of Mexico, leases for new oil...

It appears that Syria's President Bashar al-Assad is not staying home anymore because he's afraid of a coup. Yesterday he visited Moscow at the invitation of Vladimir Putin,...