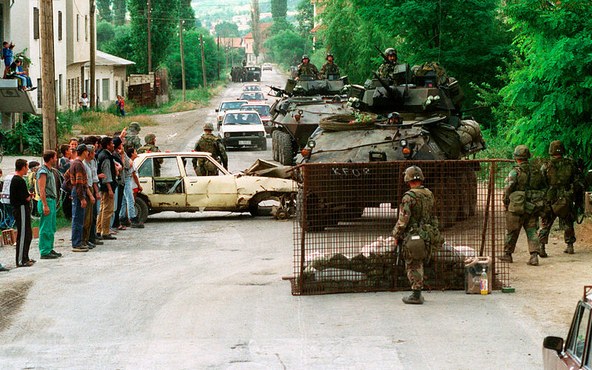 US Marines from the 2nd Light Armored Reconnaissance Battalion set up a road block
to check for weapons near the village of Koretin, Kosovo, on June 16, 1999
Photo: Sgt. Craig J. Shell, US Marine Corps

After the breakup of Yugoslavia, Kosovo gained independence from Serbia, and it was one of most pro-American nations in the Muslim world. Now, it’s a hotbed of extremism and fertile ground for ISIS. That’s according to a lengthy investigation by Carlotta Gall, foreign correspondent for the New York Times.

Libya, the Next Stop for US Special Operations

Are Baggage Fees to Blame for the Long TSA Lines?

A month after whistleblowers testified before Congress, airlines passengers are still fuming about long lines. Now, the security chief of the Transportation Security...

Will Libya Be America's Next Quagmire in the Middle East?

President Obama says chaos in Libya is one of his major foreign-policy failures — with three rival governments all beset by the forces of ISIS. But the President's not...