TALKING POINT
Many American voting systems have gone from paper ballots to voting machines and now to computers, which are vulnerable to hacking. How secure is the franchise? We talk with a local voting official who knows. 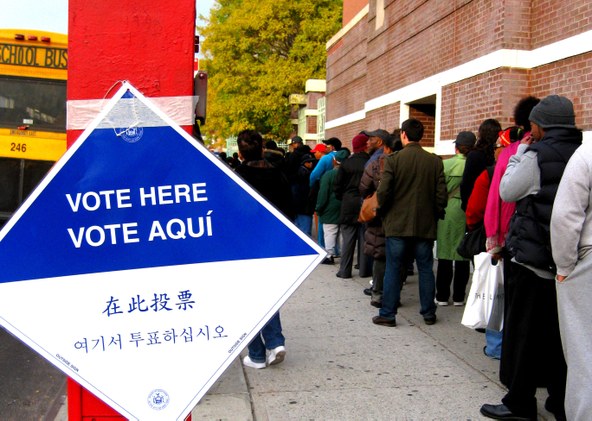 Recent hacking of voting systems in several states — apparently by Russians — has caused doubts about the integrity of democracy in America. Last week, we heard about the growing concerns of federal intelligence agencies. But voting is administered separately in all 50 states — which often have different systems within their own borders. Ion Sancho is Supervisor of Elections in Leon County, Florida, where he was deeply involved in the contested presidential election in the year 2000.

Opening ceremonies will be held tonight for the Paralympics in Rio, but it's taken a last-minute government bailout. Ticket sales have been slow, and the Russian team won't...

About 2000 Native Americans from tribes all over the country have gathered in Canon Ball, North Dakota near the Standing Rock Sioux Reservation. They're waiting for a court...

TALKING POINT Many American voting systems have gone from paper ballots to voting machines and now to computers, which are vulnerable to hacking. How secure is the...