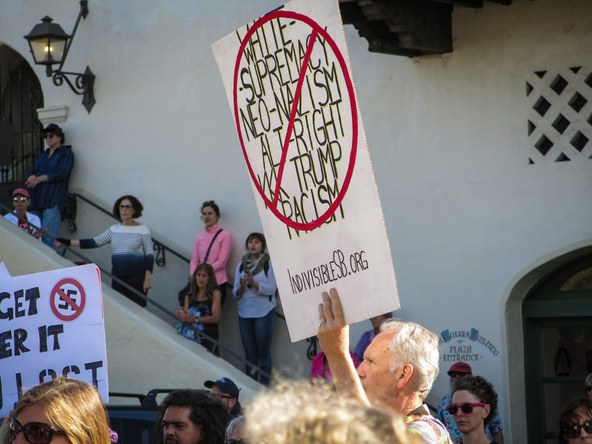 When a picture of him carrying a torch this weekend in Charlottesville, Virginia turned up on the Twitter account @YesYoureRacist, a cook at a hot dog restaurant in Berkeley, California was fired. Two universities condemned white supremacy after students were identified the same way.  Those are examples of the power of "doxxing" — which Daryle Lamont Jenkins has been doing for 17 years — starting long before Twitter existed.  He’s executive director of One People’s Project.

Yesterday, the black CEO of Merck & Co. resigned from a White House business group that advises President Trump. He was protesting the president's failure to condemn racism...

Is North Korea backing down?

Kim Jung Un now says he won't send four missiles toward the territory of Guam, apparently easing the threat of nuclear war -- at least for the moment. That comes in the...

Photo by Louise Palanker When a picture of him carrying a torch this weekend in Charlottesville, Virginia turned up on the Twitter account @YesYoureRacist, a cook at a...