A group of wealthy Republicans plans to spend almost $900 million during next year's presidential campaign, in what it's calling a “civil rights movement.”  At a lavish oceanfront resort in Southern California this weekend, billionaires Charles and David Koch gathered 450 other mega-wealthy contributors to audition GOP candidates for president.  Matea Gold, of the Washington Post, was allowed to attend — after agreeing to certain conditions. She has more on what the candidates had to say -- Donald Trump not included. 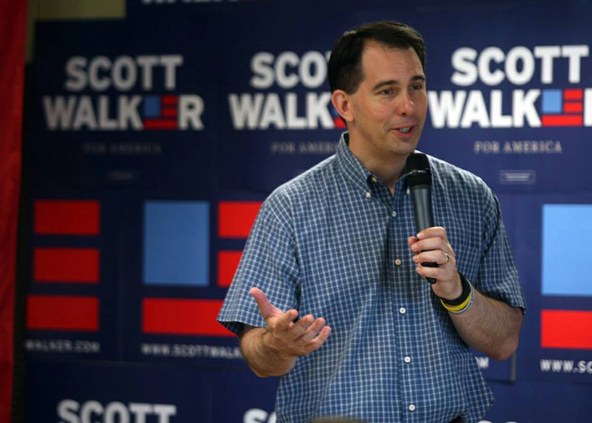 Scott Walker was one of the GOP candidates invited to attend

Thinking about the "Unthinkable": the Prospect of Nuclear War

It's been 70 years since the US became the first nation to drop an atomic bomb. So far, it's the only one. But how long will that last? Today there are some 16,000 nuclear...

A group of wealthy Republicans plans to spend almost $900 million during next year's presidential campaign, in what it's calling a “civil rights movement.” At a lavish...