Are Russian protests a threat to Putin? 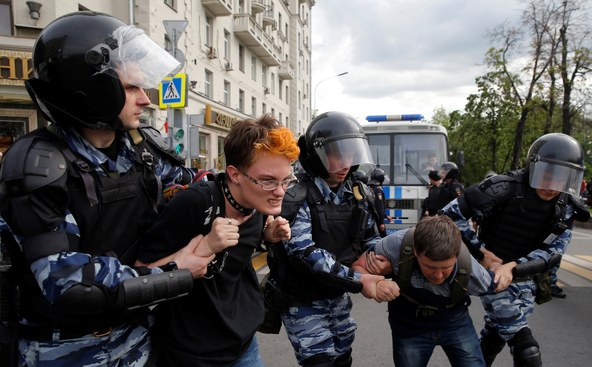 This could have been one of Russia's most extensive days of political protest in recent history. Police in 200 cities were out in force and at least 700 have been arrested so far. Demonstrators also had to share the streets with people colorfully dressed in historical costumes for a Russian holiday.

We hear more from the Guardian's Alec Luhn, who was covering today's protests and was arrested at demonstrations earlier this March, and from Andrew Weiss, Vice President for Studies at the Carnegie Endowment where he oversees the Russia and Eurasia Program.

Replacing Obamacare: Now you see it… now you don’t

Attorneys General for the State of Maryland and the District of Columbia have sued President Donald Trump . They claim "unprecedented violations" of constitutional clauses...

Replacing Obamacare: Now you see it… now you don't

Public support for Obamacare now stands at 55 percent compared to 17 percent for the replacement bill passed by Republicans in the House. Senate Majority Leader Mitch...

Are Russian protests a threat to Putin?