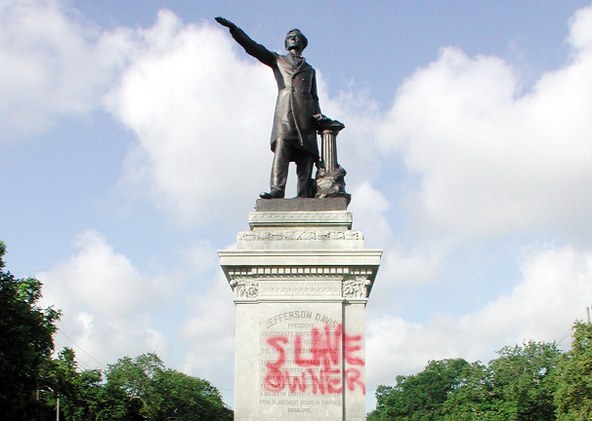 Faced with threats of violence, workers in New Orleans wore flak jackets in the wee hours last month, as they removed a memorial to the Crescent City White League, installed back in 1891. Mayor Mitch Landrieu told the Associated Press, "If there was ever a statue that needed to be taken down, it's that one." Will statues of Robert E. Lee and Jefferson Davis be next? We get some perspective from Michael Tisserand, a writer based in New Orleans and the author of Krazy: George Herriman: a Life in Black and White.

Russian probe gets jolt from Yates and Clapper Senate hearing

Supporters in Seoul today chanted the name of the newly elected President of South Korea, a human rights lawyer who supports dialogue with North Korea. Moon Jae-in, the...

The Russians were coming. Did anyone listen?

Yesterday's Senate testimony by former Obama Administration officials was as much a warning about elections to come as it was about last year's campaign. But the focus was...

Photo by Bart Everson Faced with threats of violence, workers in New Orleans wore flak jackets in the wee hours last month, as they removed a memorial to the Crescent...