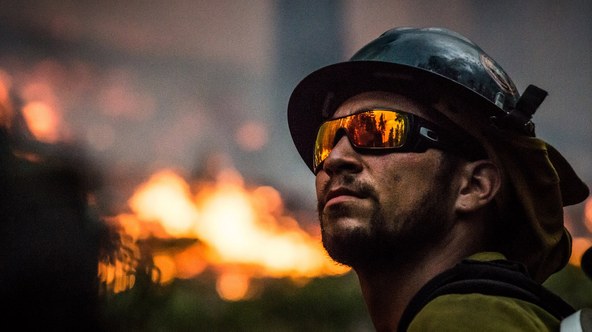 The new film Only the Brave, starring James Brolin, dramatizes the true story of a wildfire in Arizona in 2013. And it coincides with a disturbing reality for the people who fight the increasing number of wildfires in this country: "Suicides are astronomical." That’s according to an official for the federal Bureau of Land Management, quoted by Heather Hansman in a recent article for the Atlantic.

The Republicans outline their tax plan

House Republicans finally released a tax plan today. Speaker Paul Ryan told reporters the typical family of four will save $1,182. "With this this plan we are getting rid...

When Twitter, Facebook, and Google visited Capitol Hill this week, they got a barrage of criticism from Republicans and Democrats, who accused them of allowing fake news and...

The new film Only the Brave, starring James Brolin, dramatizes the true story of a wildfire in Arizona in 2013. And it coincides with a disturbing reality for the people who...