In an opinion written by Chief Justice John Roberts, the US Supreme Court ruled today that tax credits for health insurance in the Affordable Care Act are legal in states with federal exchanges — not just in states which created their own exchanges. Responding to the Court's decision, President Obama declared, "Today, after more than 50 votes in Congress to repeal or weaken this law, after a presidential election based in part on preserving or repealing this law, after multiple challenges to this law before the Supreme Court, the Affordable Care Act is here to stay."

The President re-iterated his intention to "put politics aside" and work to convince more governors and legislatures to expand Medicaid. "We've still got states out there that, for political reasons, are not covering millions of people that they could be covering, despite the fact that the federal government's picking up the tab." 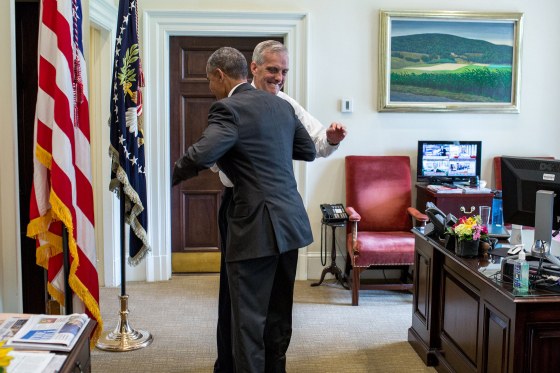 In an opinion written by Chief Justice John Roberts, the US Supreme Court ruled today that tax credits for health insurance in the Affordable Care Act are legal in...

After the fall of the Soviet Union, the NATO alliance became a world police force. Now, Vladimir Putin’s Russia has re-focused attention back to protection of Eastern...

END_OF_DOCUMENT_TOKEN_TO_BE_REPLACED
KCRW's Power in Numbers Drive: Today is your LAST DAY to count yourself in! We need 500 supporters to donate by MIDNIGHT TONIGHT to help us unlock $25,000, generously provided by KCRW Board Member Susan Wright.
Give Now
Give Now