Today's violent incidents have led to an exchange between Donald Trump and Hillary Clinton about how to prevent acts of terror. This morning on a phone call to Fox News' Fox and Friends, Trump addressed how as President he would use profiling to try to prevent acts of terror. "[Israel has] done an unbelievable job…. They see someone that's suspicious and they will profile. They will take that person in. They check. Do we have a choice?" 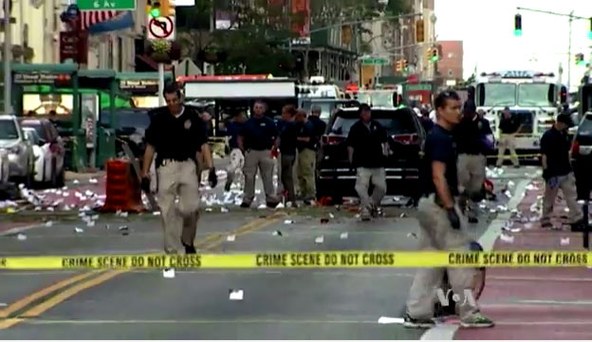 At a news conference this morning Hillary Clinton called Trump a "recruiting sergeant" for terrorists. "We also know from the former head of our counterterrorism center, Matt Olsen, that the kinds of rhetoric and language that Mr. Trump has used is giving aid and comfort to our adversaries." Yoni Appelbaum, Politics Editor for the Atlantic, weighs the candidates' responses.

Should Edward Snowden be pardoned?

Less than 48 hours after some bombs went off and others were discovered in New Jersey and New York City, Ahmad Khan Rahami was arrested after a shootout in Linden, New...

Secrecy versus the right to privacy in a dangerous world

Today's violent incidents have led to an exchange between Donald Trump and Hillary Clinton about how to prevent acts of terror. This morning on a phone call to Fox News' Fox...