President Obama is in Saudi Arabia today at a tense moment in US­Saudi relations. The long-standing alliance is based on oil and security concerns, but now is being frayed by diverging goals in Middle East conflicts, by Obama's recent reference to the Saudis as "free riders" and renewed calls from Congress to allow Americans sue them for 9/11. 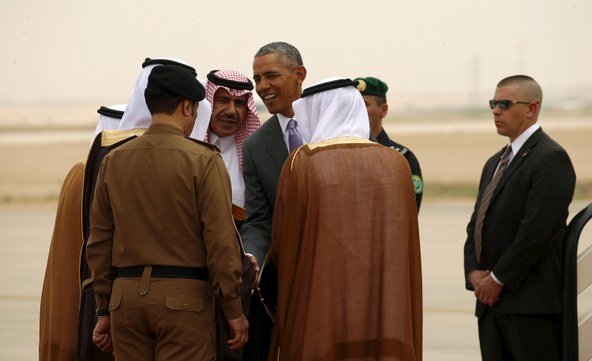 We hear more about the growing tensions from Ben Hubbard, Middle East correspondent for the New York Times, and Fred Wehrey, senior associate in the Middle East Program at the Carnegie Endowment for International Peace.

Michigan's Attorney General announced criminal charges today against city and state officials for their alleged role in the lead contamination of Flint Michigan's water. The...

Chaos and Disenfranchisement at the Polls

In yesterday's primaries, party frontrunners won. Many voters lost. A record number of New Yorkers complained about delays and glitches, not to mention anger at closed...

President Obama is in Saudi Arabia today at a tense moment in US­Saudi relations. The long-standing alliance is based on oil and security concerns, but now is being frayed...