After seventy years, there is finally an apology and a settlement for the women forced to work in brothels for the Japanese Imperial Army during WW II. 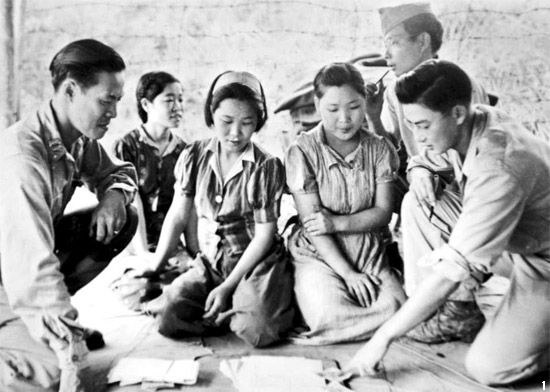 After decades of tension, Japan and South Korea have finally agreed on a landmark settlement concerning one of the darker chapters of World War II, the so called Comfort Women, Korean women who were forced to serve as a sex slaves for the Japanese Imperial Army. As part of the settlement Japan formally apologized to South Korea for the use of the Comfort women and agreed to pay more than $8 million in compensation. Victor Cha is the director of Asian Studies at Georgetown University, and former Asia Director on the National Security Council between 2004 and 2007.

Students and the Pressure to Perform

Iraqi government forces retook central parts of Ramadi today from the Islamic State, although pockets of resistance remain. Recovering control over that key city of would...

Academic Success: Are Teenagers Paying Too High a Price?

Silicon Valley's Palo Alto school district is in crisis. The suicide rate for teenagers there is four to five times the national average. This tragic statistic has made the...

After seventy years, there is finally an apology and a settlement for the women forced to work in brothels for the Japanese Imperial Army during WW II.