Behind the lens, capturing 'slaughter' in the Philippines A new level of ruthlessness is being encouraged and sanctioned by the President of the Philippines.

Since Rodrigo Duterte was elected President of the Philippines this summer, some 6000 people have been gunned down in the streets, 2000 by the police and 4000 by "unknown suspects." It's all part of Duterte's war on drugs — and he has boasted that he killed people himself from the back of a motorcycle… to challenge officers. "If I can do it, why can't you?" 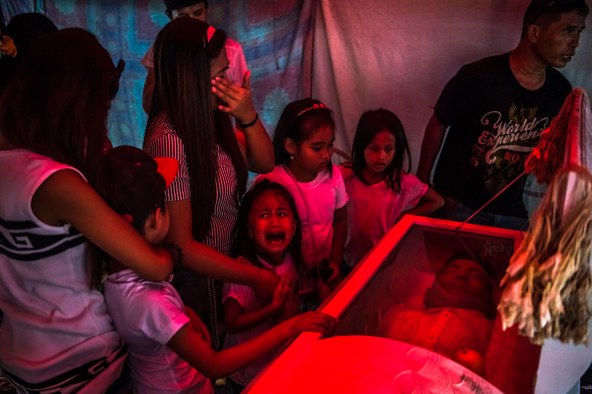 The 'American Dream:' Does it have a future?

President Obama is taking advantage of these last weeks of his administration to shore up his legacy on the environment. On Monday the administration finalized a rule that...

The 'American Dream:' Does it have a future?

The "American Dream" has been defined as an increased standard of living from generation to generation. It's when children make better pay, own more property and enjoy...

Behind the lens, capturing 'slaughter' in the Philippines

A new level of ruthlessness is being encouraged and sanctioned by the President of the Philippines.