While actress Daryl Hannah and Sierra Club officials were committing civil disobedience outside the White House last month, the AFL/CIO was holding a conference call with the American Petroleum Institute. It was Hollywood and the environmental lobby versus organized labor, two major elements of President Obama's political coalition on opposite sides of the burning controversy over the Keystone XL Pipeline. The President's promised he'll make the final decision on whether oil from Canadian tar sands can be piped to the US for refining and export. One top scientist says the project's increased carbon emissions will mean "game over" for climate change. But the State Department says if there's no cross-border pipeline, Canada will find other means of transportation so Keystone won't matter. Organized labor sees thousands of jobs. We look at the President's options. 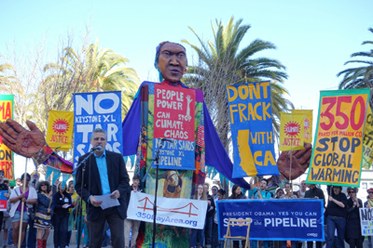 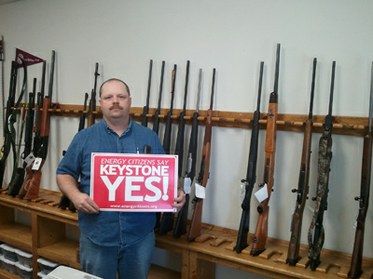 The Keystone Pipeline Moves One Step Closer to Reality

In the aftermath of September 11, the Bush Administration began rounding up terrorist suspects and incarcerating them at Guantanamo Bay. Instead of trying them in civilian...

As we speak, the stock markets haven't closed today, but this morning, the Down Jones Industrial Average jumped 140 points to 14,198 — surpassing the record it set almost...

While actress Daryl Hannah and Sierra Club officials were committing civil disobedience outside the White House last month, the AFL/CIO was holding a conference call...