What the battle for Mosul says about the future of war 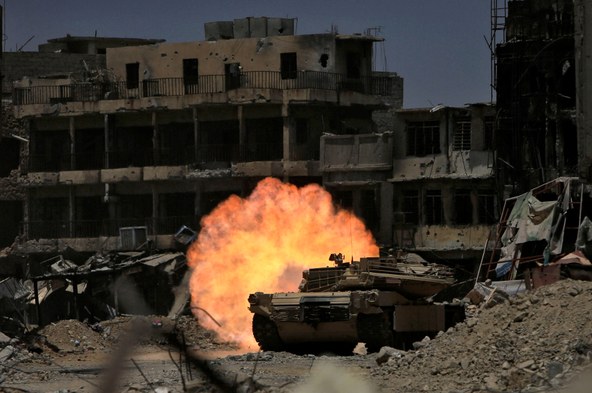 A tank of the Emergency Response Division fires at
Islamic State militants in the old city of Mosul.
Photo by Alaa Al-Marjani/Reuters

Last October, Western-backed Iraqi forces began to re-take Mosul, Iraq's second largest city, from the occupying Islamic State. One hundred thousand troops have been involved — 10 times more than ISIS militants — but it's still taken eight months and the battle isn't completely over. Ben Watson is news editor for Defense One, which has an extensive account of the world's largest military operation in nearly 15 years.

The summit within the summit

The summit within the summit

After warm greetings in public, Presidents Trump and Putin were behind closed doors for more than two hours today in Hamburg, Germany. For the moment, their meeting has...

What the battle for Mosul says about the future of war

A tank of the Emergency Response Division fires at Islamic State militants in the old city of Mosul.