This summer, research by the Equal Justice Initiative revealed that there were 3,959 lynchings of black Americans between the end of Reconstruction in 1877 and 1950. That's 700 more than previously reported. Bryan Stevenson, the founder of the Equal Justice Initiative, is working to put up historical markers for every lynching. He's a Harvard-educated lawyer, who's argued cases before the US Supreme Court. He's also the grandson of an American slave. 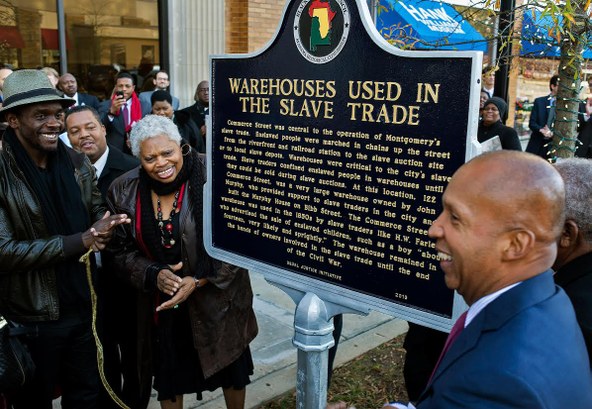 The Year in Talking Points

Gun control advocates — and gun lovers — talk about "ghost guns" that are made at home and can't be traced by law enforcement. Andy Greenberg made in his office at Wired....

In 2015, US-backed negotiations between Israel and the Palestinians hit a diplomatic wall, and there's no place that demonstrates the complexity of the conflict better than...

In April we spoke with Egyptian-born journalist Mona Eltahawy about gender politics in the Middle East. She's author of Headscarves and Hymens: Why the Middle East Needs a...

This summer, research by the Equal Justice Initiative revealed that there were 3,959 lynchings of black Americans between the end of Reconstruction in 1877 and 1950. That's...

One Author's Primer on Being Black in America

Ta-Nehisi Coates is a public intellectual who does not shy away from uncomfortable conversations. He's the author of Between the World and Me , and winner this year of the...