The few black women cadets at West Point are being investigated for political activity banned by the military — after making a gesture with a long and storied history. 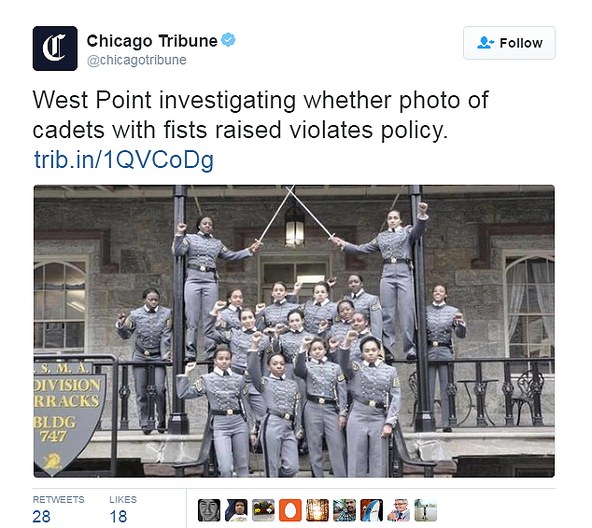 There are just 17 black women in this year's graduating class at West Point — a tiny percentage. All but one posed for a picture at the Academy's oldest barracks in traditional gray dress uniforms complete with crossed sabers. But that's not all. All 16 raised their clenched fists. For that, they're being investigated for possibly violating the military rule against political activity while in uniform. Eugene Fidell, who teaches military justice at Yale Law School, questions the need for the investigation.

Trump and the Identity Crisis within the GOP

Does the GOP Really Matter?

After one of the nastiest primary campaigns in America's political history, Donald Trump claims he can unite Republicans – but he's also said it's not all that important....

The few black women cadets at West Point are being investigated for political activity banned by the military — after making a gesture with a long and storied history.