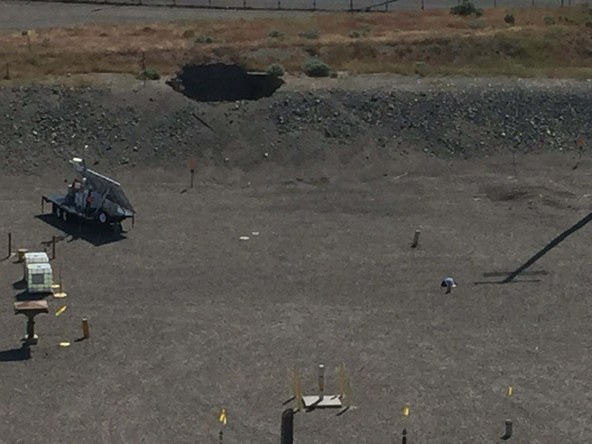 The Hanford Nuclear Site in Eastern Washington built the atomic bomb that destroyed Nagasaki, Japan in 1945. It provided plutonium for nuclear weapons for the next 40 years, and now it's the most radioactive location in the Western Hemisphere. Yesterday, a 20-foot section of a tunnel full of nuclear waste collapsed. So far, there are no reports of radioactive releases. Dan Hirsch, director of the Environmental and Nuclear Policy Program at UC Santa Cruz and president of the nuclear watchdog group Bridge the Gap in Los Angeles, has more on the accident and clean-up efforts. 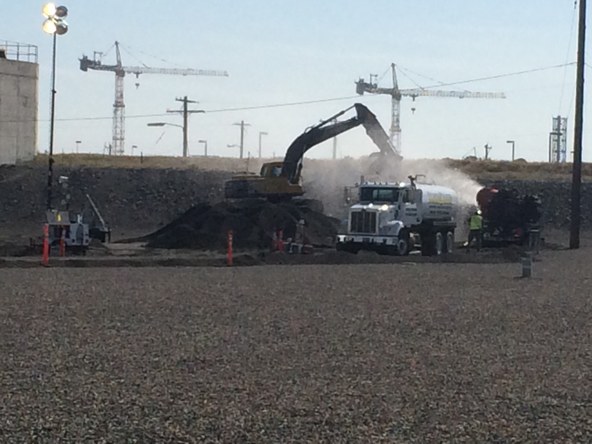 Workers have begun to fill the hole in the tunnel,
located near the PUREX Plant at the Hanford Site, with soil.
Approximately 50 truckloads of soil will be used to fill the hole.

After meeting with Russia's Foreign Minister today, President Trump gave a brief answer when asked why he fired the head of the FBI. "Because he wasn't doing a good job....