The nations of West Africa won independence from colonial powers in recent decades. When the European rulers departed, they did not leave stable institutions behind. Now, West Africa is a region of continuing military coups. 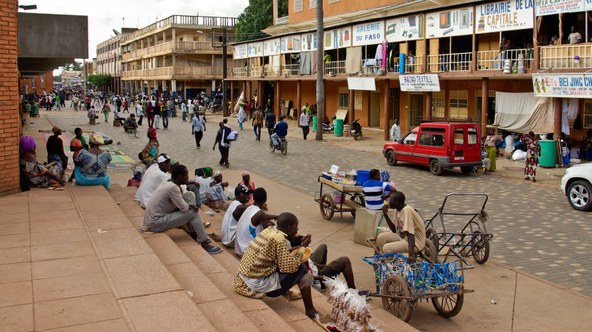 A street in Ouagadougou, the capital of Burkina Faso
Photo by Philippe Streicher

Burkina Faso is a country of 17 million people, landlocked in West Africa. Yesterday it suffered its ninth military coup since 1960, when it gained independence from France. John Mukum Mbaku is senior fellow with the Africa Grown Initiative at the Brookings Institute and professor of economics at Weber State University. He's a native of the Central African country of Cameroon and travels often to Africa.

Trump Gets Jumped at GOP Debate

The Fed Makes a Decision on Interest Rates

Since the Federal Reserve dropped the benchmark interest rates almost to zero, the financial world has been waiting for them to go up again. This week, the Open Market...

The Showdown in Simi Valley

The nations of West Africa won independence from colonial powers in recent decades. When the European rulers departed, they did not leave stable institutions behind. Now,...