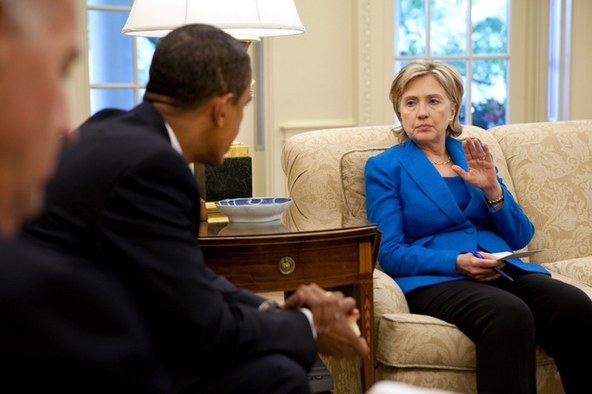 During the Democratic primaries in 2008, Hillary Clinton called Barack Obama "naïve, irresponsible and hopelessly unprepared to be president." Then she became his first Secretary of State, telling Mark Landler two years later, "We've had some interesting and even unusual experiences along the way." Landler covered diplomacy for the New York Times and he’s now White House correspondent. His new book is Alter Egos: Hillary Clinton, Barack Obama and the Twilight Struggle over American Power.

Yesterday, in a ten-minute televised speech, the Governor of Puerto Rico said the commonwealth will default on a $422 million bond payment. Alejandro García Padilla said...

Drones have become a hallmark of the Obama Administration's assault against suspected terrorists all over the world, including in countries where the US is not officially at...