President Obama's nuclear deal with Iran is a major issue in the presidential campaign, and relations between the two countries are still contentious. 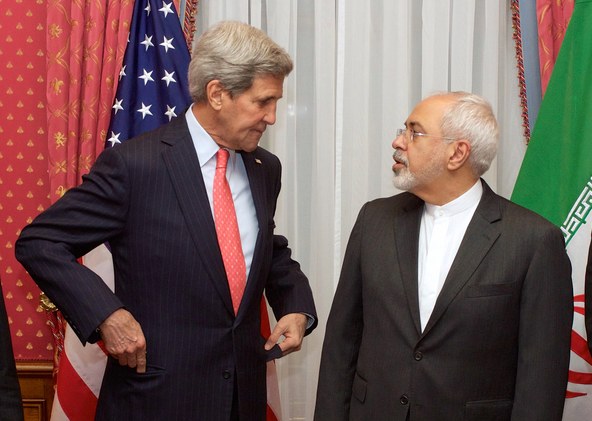 Secretary of State John Kerry and Iranian Foreign Minister Javad Zarif chat in Lausanne, Switzerland
before a discussion about the future of Iran's nuclear program, on March 16, 2015.
(US State Department)

In Saudi Arabia this week, the President talked about the prospect of "peaceful coexistence" between Iran and its Middle East neighbors. Iran’s Foreign Minister Mohammad Javad Zarif then complained that the US is not fully complying with the nuclear deal arrived at just three months ago. He spoke to Robin Wright, staff writer for the New Yorker.

In a part of Aleppo held by insurgents, airstrikes by the Syrian government hit a hospital today killing 27 people, including three children, six staff members and other...

There's Likely to Be an Electric Car in Your Future

It's been 100 years since electric cars ruled the roads of industrial countries, until they were replaced by the internal combustion engine. But now, in Europe, China — and...

President Obama's nuclear deal with Iran is a major issue in the presidential campaign, and relations between the two countries are still contentious. Secretary of...