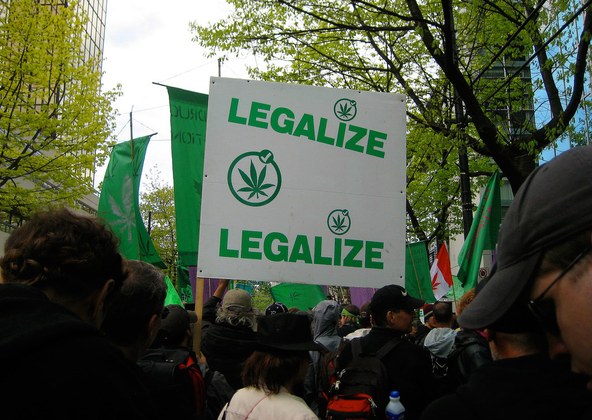 Eight American states and Washington, DC have legalized recreational marijuana, but even medical use is illegal under federal law — and the Trump Administration may be renewing the War on Drugs. But, just across the international border, Canada's Prime Minister Justin Trudeau has announced "The Cannabis Act," which would legalize recreational use for his entire country. Hilary Bricken is an attorney represents the cannabis industry on America's West Coast.

US drops 'mother of all bombs' on Afghanistan

In Afghanistan, the US military has dropped what it calls the "mother of all bombs"—or MOAB—the largest non-nuclear weapon ever used by this country in combat. It contains...

The founder of Communist China, Mao Tse Tung, was famous for unpredictability -- keeping the world off balance with unexpected contradictions. In less than 100 days,...

Photo by Dustin Quasar Eight American states and Washington, DC have legalized recreational marijuana, but even medical use is illegal under federal law — and the Trump...