Turkey called a rare emergency session of the NATO Alliance today as it opens new offensives against both ISIS and Kurdish forces — which are mutually opposed. James Jeffrey, a former US Ambassador to Turkey and Iraq, is currently a distinguished fellow at the Washington Institute. 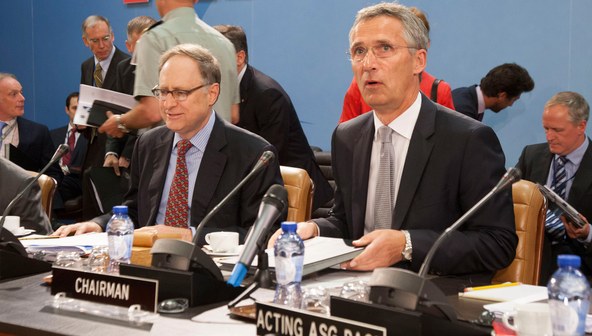 Will Congress Move Ahead on Highway Funding?

Turkey called a rare emergency session of the NATO Alliance today as it opens new offensives against both ISIS and Kurdish forces — which are mutually opposed.

America's transportation system is falling apart. More than half of all roads, highways and bridges are "obsolete" or "at high risk for catastrophe." The American Society...

What Can the World Do for South Sudan?

Four years ago, President Obama celebrated South Sudan as the world's newest nation. Today, at a meeting of the African Union, he was urging its East African neighbors to...