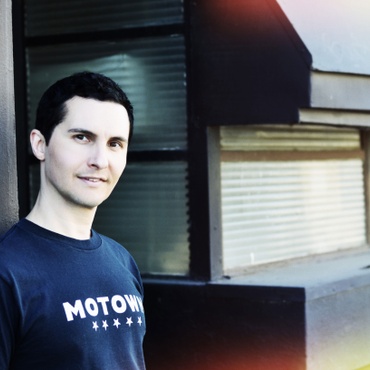 Chris Muckley's lifelong passion for music led him to a similar love of broadcasting. He has been on the air since the age of 18, when he started his career in San Luis Obispo, California. He spent many years at 91X in San Diego, including serving as that station's music director for the better part of a decade. After a move to Los Angeles, Muckley was thrilled to join the DJ staff at KCRW, who enjoy the rare freedom to curate some of the most creative music programming on the planet.

2014 was the year KCRW listeners were first introduced to a few singles from Boxed In, the project of British musician/producer Oli Bayston. The release of a self-titled debut album…

Song You Should Listen To Right Now: Here We Go Magic – “Falling”

Song You Should Listen To Right Now: Here We Go Magic – “Falling”

Allow me to introduce you to your new ear worm. This is one of those songs to put on in the morning to start your day off right, or at…

Visiting Austin during SXSW gives you the opportunity to discover musicians and bands from all corners of the earth. But make sure you check out some of the local talent… Novena Carmel, your neighbor with the flavor, serves up a fresh sample platter of timely and timeless soul, global funk, and tasty multi-genre grooves, old and new. A daring and experimental artist Juana Molina will issue her first live album recorded at the NRMAL Festival in Mexico this week. Jessica Dobson, aka Deep Sea Diver, has played lead guitar for Beck, The Shins and Yeah Yeah Yeahs, among others.