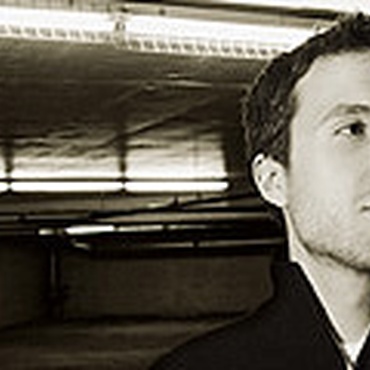 With individual taste and a passion for musical risks, Jason Eldredge appeals to the avid music lover as well as the casual fan seeking a soundtrack to their life’s adventures.

Jason’s musical education started at an early age. “It was obvious to everyone around me that I had a real fondness for music, so babysitters and older kids were always feeding me the cornerstone albums of that time."

“Later on in school, my friends would ask me to create mix tapes for their parties. I never really thought that much about it, but other people seemed to realize that I had a knack for it.”

Jason became a “public radio junkie” while living in Chicago listening to WBEZ. He was involved in the local theater scene and finally moved to the West Coast to pursue his acting career. He discovered KCRW and became a volunteer almost immediately. “I showed up to my volunteer interview in a tie and brought along a portfolio. I knew what I wanted and was determined to be involved with the station.”

Jason's desire for accessibility in introducing the newest jam or resurfacing the occasionally forgotten gem brings a mixture of sounds that is consistently varied and original. “I always take chances. Sometimes the things I think people are going to hate end up being what people love the most. That's one of the best parts of my show.”

Jason was previously named by Billboard Magazine as one of the ‘Top 30 Under Thirty’ in the music Industry for his music supervision work in film and television. His credits include: HBO’s Six Feet Under (music coordinator), The Closer for TNT, and Free Radio for VH-1. He has been featured in other print and online publications such as Monocle Magazine, Hamptons Magazine, LA Weekly, and Mashable.

W Hotels and The Patina Group run exclusive mixes produced by Jason in a variety of their establishments worldwide.

In addition to his work in music, Jason has acted in a variety of commercials, films, and stage productions. He studied acting with the Atlantic Theater Company in New York and completed the BFA acting program at the University of Colorado, Boulder. He has also studied photography at UCLA and recently completed a major candidacy in Art History at Columbia University.

An Eye on The Oculus, the Calatrava Extravaganza at the World Trade Center Site An Eye on The Oculus, the Calatrava Extravaganza at the World Trade Center Site

When Spanish architect/engineer Santiago Calatrava first presented his vision for a transportation hub at the highly charged Ground Zero site, he described it as “the image of a bird… Westweek, the annual springtime showcase of interior design hosted by the showrooms of the PDC’s “Blue Whale” (the Cesar Pelli-designed building marks its fortieth birthday this year)…

Ace Hotel and the “War on Anything Inauthentic” Ace Hotel and the “War on Anything Inauthentic”

DJ Jason Eldredge says his generation’s rebellion has been to “wage war on anything inauthentic.” Minnie Lerner’s sculpture for Young Creator’s Project is made with a vintage corset that has been ripped and embroidered. It took Samuel L. Jackson years to find a home for his passion project, “The Last Days of Ptolemy Grey.”

Jun. 3 from The Business As COVID rises, a restaurant server in Burbank says customers are pressuring her to remove her mask, but she doesn’t qualify for health insurance due to work limited hours.

Fearing a US boycott over a same-sex kiss scene on “Lightyear,” Disney lowballs its opening to cap at $70 million. This week on The Treatment, Elvis sits down with New York Times columnist Frank Bruni to discuss Bruni’s memoir, “The Beauty of Dusk: On Vision Lost and Found” and how he approaches…

Jul. 9 from The Treatment Arianna Louie’s self portrait for Young Creator’s Project is oil painting collaged with photographs of her as a toddler.