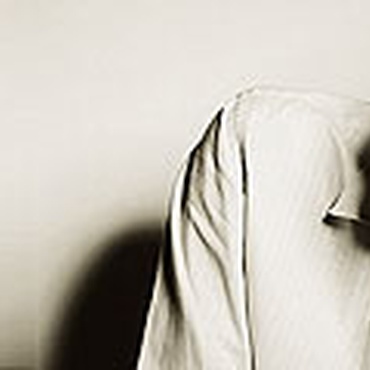 Kevin Lincoln is an LA native who studied architecture at Santa Monica College before receiving his Real Estate Finance degree at USC. He couldn’t be more local -- and yet his music interests are worldly and wide.

Kevin began playing reed instruments in elementary school. As a young adult, his "Blue Band" transitioned, literally overnight, from playing jazz to new wave. "One night the band members were at home watching Saturday Night Live, the Sex Pistols had to cancel and Elvis Costello stepped in at the last minute. Right there and then we said, 'We want to do that, that guy's cool.'"

Kevin got an early start listening to and working at KCRW. "One day I heard Thomas Mapfumo in an interview on The African Beat, talking about the civil unrest in Zimbabwe, how it made him return from rock to traditional music and how he put clues in his songs to help the freedom fighters. I asked the host CC Smith if I could do anything and started answering phones." He learned more about music from the callers. "The show had an emphasis on Nigerian music, so they'd call and say, 'Hey can you play something from Malawi, or something from Egypt.'" Kevin made it his mission to explore that music. Soon, he was doing a 15-minute on-air segment called "African Beat in Focus," focusing on the music of specific countries, an instrument, or a style, and it caught on.

Kevin attributes much of his interest in world music to then-outgoing Music Director Tom Schnabel. Then-incoming Music Director Chris Douridas asked him to sit in on a variety of late night shows, everything from Bruno Guez's Shortwave to Gary Calamar's The Red Eye. "I started listening to Jason Bentley's Metropolis and going to clubs. Electronica was beginning to come in around this time. And I was intrigued by how roots music and electronica had merged. And that’s what my interest was. When I look at what I play now, it isn’t by design, but I am attracted to the fusion of the two."

Kevin's own show was first called Mean Time, later changed to Blueprint. "It may have had something to do with my architecture background, but it seemed a more apt description of the show I was actually doing."

After some doing some club DJ'ing and even a stint as a Music Supervisor on an Infiniti spot for Chiat/Day, Kevin's focused on working full-time as a real estate appraiser for mortgage companies, and enjoying home life with his wife Elizabeth, and his two-and-a-half year old daughter Simone. "She plays a mean harmonica," he tells us. And no doubt, as she grows up, she'll find plenty of other music to intrigue her in Dad's collection.