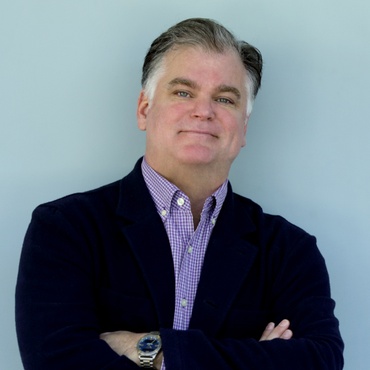 Rob Long is a writer and producer in Hollywood. He began his career writing and producing TV's long-running Cheers, and served as co-executive producer in its final season. During his time on the series, Cheers received two Emmy Awards, and two Golden Globe awards. Mr. Long has been twice nominated for an Emmy Award, and has received a Writers Guild of America award. He continues to work in film and television in Los Angeles.

He is a contributing editor of National Review and the Los Angeles Times and writes occasionally for the Wall Street Journal and the BBC Radio Times (UK). His weekly radio commentary, Martini Shot, is broadcast on the Los Angeles public radio station KCRW, and is distributed nationally. It's also podcast in iTunes.

Long is a co-founder of the fast-growing Ricochet.com, the place for smart and stimulating conversation -- on the web and mobile devices – from a center/right perspective. Writer and former KCRW contributor Rob Long joined The Business in September 2019, taking a contrarian position on the WGA battle. He had fired his agent, but did so reluctantly. This is Rob Long, and on today’s Martini Shot I coin a new word: concernvertisement, which describes those emails we’re all getting from anyone we’ve ever bought anything from. This is Rob Long and on today’s Martini Shot, I talk about the audience, which has been practicing a kind of social distancing since the moment Netfix started streaming — or, if you… Filmmaker Peter Jackson was 3 years old when The Beatles first appeared on “The Ed Sullivan Show” on February 9,1964.

Aug. 12 from The Business