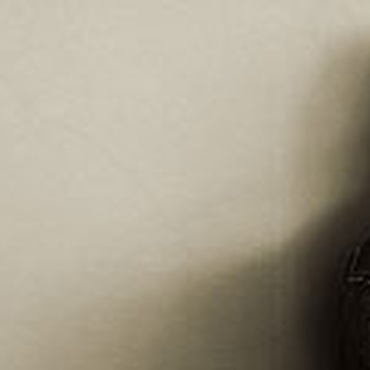 "Computer programmers and DJs have a lot more in common than you would think," Halloran likes to point out when divulging her surprising roots as a Computer Science major at UCLA. "They both spend lots of very focused, solitary time working when other people are sleeping. Programmers are debugging code and DJs are listening to stacks of records to separate the good music from the bad. Which is a lot like debugging in a way!"

Her degree in computer science at UCLA started her on the white-collar management track at Xerox Corporation, where she provided technical support to Xerox computer systems and eventually managed international marketing plans. Meanwhile she was also becoming hooked on KCRW as a devoted fan of SNAP, the nightly alternative music program hosted by Deirdre O'Donoghue.

Partly due to the mind-bending music she would hear on SNAP, she started to look a little less favorably at the comfortable and predictable corporate life laid out for her at Xerox. So she made a jump to the music industry, landing as CEMA National Advertising Manager to oversee and revamp the co-op advertising program used by Capitol Records, IRS, EMI, Angel, and Blue Note.

Meanwhile, even during her Xerox days, she had started spending every spare moment at KCRW, initially answering phones during a pledge drive, and then working with O'Donoghue on the Friday night edition of SNAP. O'Donoghue spotted Halloran's latent DJ talents even before Halloran herself did, and drafted her as a key substitute. Assistant Music Director Ariana Morgenstern heard her filling in on SNAP, and offered Halloran her own Monday midnight slot, which eventually led to a weekend edition of Brave New World.

"Nothing can compare with the thrill of being handed an air shift on KCRW, and it's been an honor and a challenge to develop Brave New World at KCRW over the years," Halloran says, going on to explain the title and concept of her show.

"In Shakespeare's play 'The Tempest' a young girl who has lived her entire life on an isolated island suddenly encounters some fascinating strangers that will change her life forever. 'Oh, Brave New World,' she exclaims loudly, "that has such people in it!'

That's exactly how I feel every day as I discover the music that jumps, kicks, whispers, and screams its way into your soul. I don't share my feelings all that easily, so artists constantly amaze me when they bare their souls with a few well-written words and some musical notes. The ones that are the most brave, creative, and genuine capture my attention, and when I share them with you, their art connects with listeners looking for a voice outside the mainstream, looking for an alternative.

Alternative music can be world, punk, acoustic, country, dance, or rap. It can be on a major record label, an independent label, or even a self-produced CD. Alternative music always captures the moment, the feel of the world, or one person's world, right NOW. It's about substance over style, and following your heart."

From 1992 to 1998, Halloran served as Music Programming Administrator for KCRW, working a full-time day job helping first Chris Douridas and then Nic Harcourt run the KCRW music department. She designed and implemented a new database to preserve the valuable music library, communicated weekly with hundreds of record labels about KCRW's playlists, and managed the numerous DJs and subs that make up KCRW's music programs.

She currently enjoys a position straddling the worlds of advertising and music as Director of A&R for HUM since 2002. HUM creates soundtracks for world-class brands such as Honda, Citibank, Lexus, Apple, Toyota, and Anheuser-Busch. Halloran sources both emerging recording artists and established stars to create original music for commercials. She also heads up HUM’s music supervision division that researches and licenses existing recorded material, matching the right track or tracks with the right project, be it commercials, films, TV shows or CD compilations.

"For a long time," she muses, "I couldn't reconcile my creative side with my computer programming side. I thought you had to be one or the other. But now I feel like it all comes together both at KCRW and at HUM. My logical, organized side helps pull off the logistics of the radio show week after week. And my years of musical passion and learning make possible my creative career in Music Supervising which also requires a lot of left-brain planning and managing skills. So, to anyone reading this that feels trapped in a career that is less than fulfilling, I say, stop wondering what it would be like to change, and just go for it!"

In her rare spare time, Halloran loves to cheer on her beloved Dodgers, ramble around Los Angeles, explore modern art, architecture and design, and visit her friends and family scattered around the globe.

For her latest news, check bravenewworld.net Listen on demand to the latest Brave New World program. Join Brave New World host TRICIA HALLORAN for a live special, Highway 61 to Zuma, music from the decade between 1965 and 1975, including Dylan, Bowie, Beatles, Stevie Wonder, Neil Young and so much more. Tricia Halloran hosts a live session with Robert Forster and Grant McLennan, the founding members of the beloved and influential Australian band The Go-Betweens. Appearances by this duo have been extremely rare since the band's break-up in 1990. Jan. 25 from FREAKS ONLY Last week, guitarist Jared Mattson (of The Mattson 2) announced his upcoming solo album dropping at the end of March. Debashish Bhattacharya: 'The Sound of the Soul’