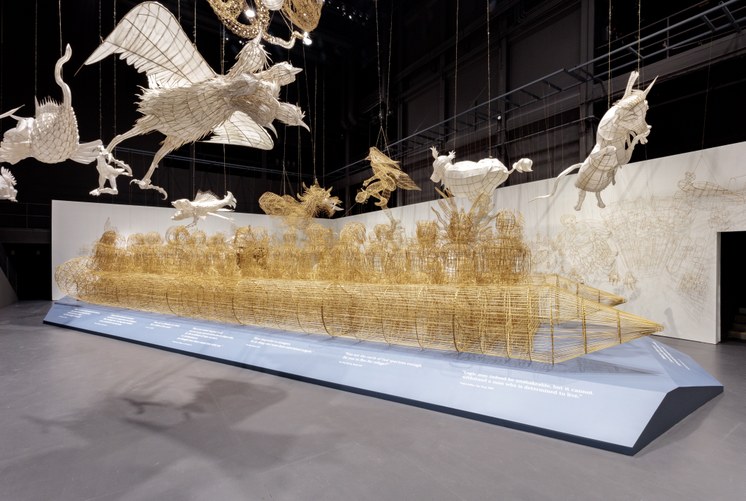 Angelenos have been overdue for a big show by the famed dissident Chinese artist and activist.

Now he has exhibits in three venues in LA: Marciano Art Foundation, Jeffrey Deitch gallery in Hollywood and at UTA Artist Space in Beverly Hills.

DnA met him at Marciano Art Foundation, at the opening of “Life Cycle,” a new work that responds to a topic he is deeply concerned with: exile from one’s native land.

And we learned about how architecture, craft -- and blackjack -- shape his thinking.

In his lifetime, Ai Weiwei tells DnA, “I've been through all kinds of political persecution and I have to be a refugee myself.”

“Life Cycle” explores the same themes, in a tableau made up of sculptures of woven bamboo, set up in a room that was once a stage for Masonic plays.

At its heart is a giant refugee boat in which sit passengers, some with animal heads. Over it hang winged creatures drawn from Chinese mythology made of bamboo and white silk.

And hanging on the walls are more bamboo shapes, that hint at past works and preoccupations of the artist: bicycles, upraised middle fingers, coffee grinders and even a model of the Tatlin Tower. For Ai Weiwei, the building by Russian Futurist Vladimir Tatlin represents utopia.

This installation sits at the end of Marciano Art Foundation’s cavernous main room, which contains two of his earlier artworks: a squared off field of millions of porcelain sunflower seeds, handmade by around 1,600 artisans; and another large rectangle made of tens of thousands of ancient ceramic teapot spouts. 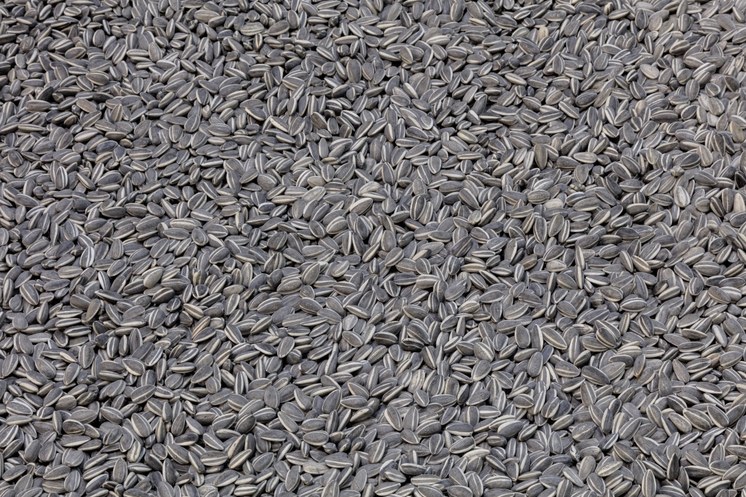 “I love craftsmanship,” says Ai Weiwei. “It's a print of our human mind. Through craft you see the mind and hand working together, or how it doesn't work together.”

The two exhibits are a juxtaposition: the vast, low lit room with its minimalist carpets of seeds and teapots and at the end, bathed in light and compressed into a tight space, the complex “Life Cycle” installation.

“The stage is very dense, very full of information and very compacted,” says Ai Weiwei, who is fascinated by the manipulation of space. “So you create two conditions. It talks to each other. In Chinese we always say you make a painting, the dense area should be so dense you can not even breathe, but the vast open area, the wind can blow in.” 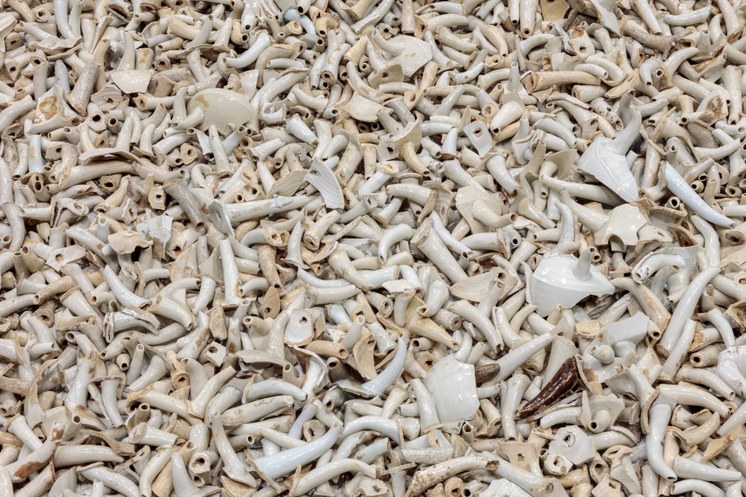 Thinking architecturally is in Ai Weiwei’s blood, he says, shaped by his childhood during Mao’s cultural revolution when his father, a poet, was arrested and the family was sent to a labor camp in a remote province and lived in a cavern underground.

“Basically you have to build everything yourself. So you see how hand materials can work together and to create something which is functional and to have clear meaning,” he said.

Ai Weiwei’s “Life Cycle” is an homage to traditional Chinese craft -- and the plight of refugees. So what is he expecting from his viewers? That they’ll enjoy it solely as an artwork? Or see it as a call to action? 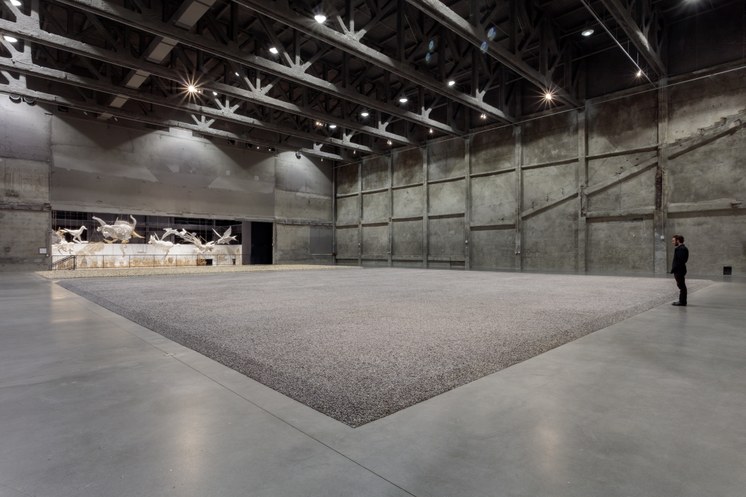 “I never really think my work can really influence people that much, except to fulfill my own demanding on the quality,” he said. “But I think the refugee issue is an issue we always have to talk about. We have to help the people who are unfortunate. This is absolutely not a mercy but a responsibility.”

Ai Weiwei has been a refugee several times - first with his family and later in life, when he lived in New York for a decade, and now, as a resident of Berlin. Just after his work was shipped to the US, the Chinese government demolished his Beijing studio.

Though he’s been embraced by the art world, with comparisons to Warhol, Picasso and Duchamp, Ai doesn’t consider himself part of any art circles.

He does enjoy going to casinos, though. He’s a blackjack champion, and says that after just a few days in Los Angeles he’s already visited three casinos. “I'm not seeking money, I'm not desperate like in the 80s,” he says, but at the casinos, “I have a moment of concentration... You don't think about interviews, you don't think about museum shows… you’re really so focused on the game... those chances you know the chances are so, so fair. Because you cannot really control it... But of course you know those chances are designed. You just don't want to think about it. But that's why I'm interested in games.”

The woven bamboo forms of “Life Cycle” bring to mind another work of his: the woven steel Beijing National Stadium, or Birds Nest, designed with the architecture firm Herzog & de Meuron for the 2008 Summer Olympics. So would he consider collaborating on a building here in LA?

“I'd love to. Why not? It's a place for new things to happen and people are so open and you have such attitude here, it's amazing… You don't see this kind of attitude existing in many so-called established societies, which is dull, you know, before you ask a question you already know the answer, which I hate.”