In Los Angeles, streets, freeways, train tracks and the LA River form boundaries that many of us aren’t aware of. These are the boundaries of gang territories. Back in the 1970s through the ‘90s, just wearing red or blue was contentious. It could have even made you a target.

The colors were, and still are in some parts of LA, flags for the Crips and Bloods, LA’s two dominant gangs.

And back then, the neighborhoods of South and East Los Angeles could have drawn their gang territories.

Things have cooled down a bit because of gang injunctions and safety zones. Lots of families have been priced out of their neighborhoods, moving further away from the urban core. And some of the action has moved off the street and gone online.

But, there are still certains parts of LA where gang borders form “invisible walls” that delineate who goes where and who does what.

Without clear markings, many LA residents don’t even know these barriers exist. But these boundary lines are there and they carry a lot of weight for the residents who live among them.

Like Skipp Townsend, who was born and raised in West Adams in South LA. For many years he was a member of the Rollin 20s Bloods. He’s now a gang interventionist. And he says people in the communities where he works are well aware of the gang boundaries.

“You have to be aware of where you are at all times. I mean your life depends on it. So knowing what area you’re in, knowing what gas station you stop at, knowing what liquor store you're in, even watching the cars as they roll down the street and being able to identify certain people. That's always how a person stays alive, you know, just having your head on a swivel,” Townsend said.

Townsend isn’t alone in being concerned with the price you pay for living within gang boundaries.

“If I'm a young person growing up in a particular neighborhood and the closest movie theater or the closest shopping mall is claimed by a rival gang, whether I'm a gang member or not, I'm not going to feel comfortable, I'm going to have to spend more time on a bus, put more gas in my car, to travel to other areas,” said George Tita, a gang criminologist at UC-Irvine.

Alex Alonso is an adjunct professor at Cal State University-Long Beach. He has mapped the overlay of gang boundaries on the map of Los Angeles.

“I noticed that the built environment does play a role in defining these gang neighborhoods. When I say the built environment I'm talking about primary roads, your large streets, your freeways, highways and train tracks and rivers. You know, very rarely are you going to find a gang turf on two sides of the L.A. River,” he said.

And patrolling these invisible walls is no longer confined to the streets. It’s also gone digital. Alonso founded StreetGangs.com, a venue for news, videos, history and chat forums all relating to gang activity across the US. Alonso has seen social media impact gang life.

“I don't think it takes away from the physical space. The physical space is what gives the gang its existence. Without that physical territory you pretty much don't have an identity.” 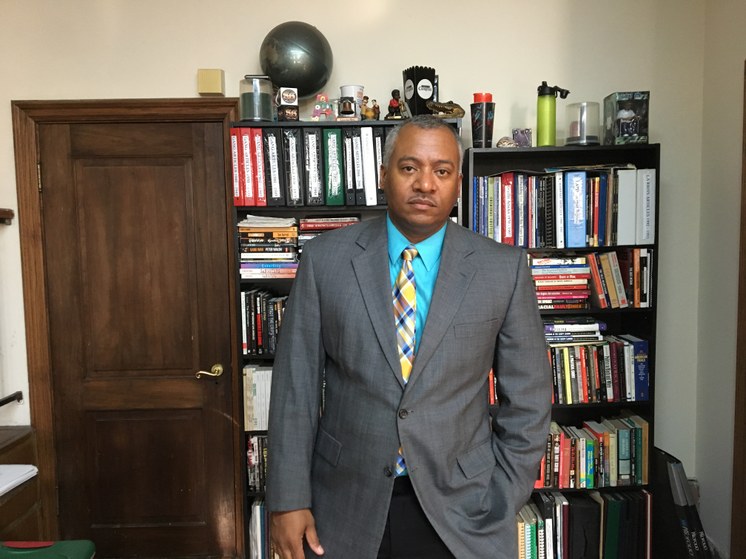