Michael Phillips Moskowitz, founder and CEO of AeBeZe Labs and an evangelist for “digital nutrition.” Photo by Frances Anderton/KCRW

Others claim that you can soothe anxieties, including those created by cellphone and social media addiction, by consuming more "good" apps. This philosophy has become known as “digital nutrition.”

There, you find tests for rating your mood, mood-lifting images and sounds, and self-help koans. Much of the content is available elsewhere, such as YouTube and self-help books. But Michael describes his as the curated, well-packaged version. He touts imagery of “sylvan landscapes” and mood-enhancing soundscapes, ranging from a child’s laughter to a musical score by Devendra Banhart.

He explains, “Our premise was: What would it look like if Kenzo redesigned Pfizer?” 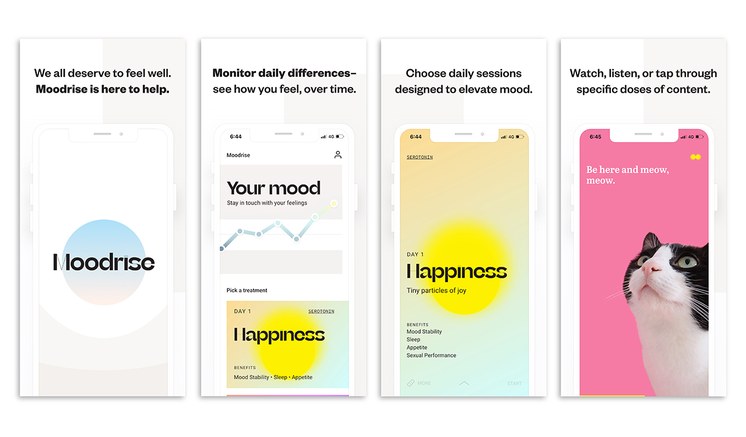 The Moodrise app, developed by AeBeZe Labs, is intended to elevate your mood.

To those who wonder if a better delivery system for endorphins might be physical exercise, or if psychopharmacological drugs might better treat depression, he says an app like Moodrise is not intended as a substitute for either.

Rather, he says, “There's a wide range of mood states, from being clinically suicidally depressed, and being ecstatic and satisfied with your life, which is exceedingly rare. Most people are somewhere in the middle. Those are the people that we endeavor to help.” 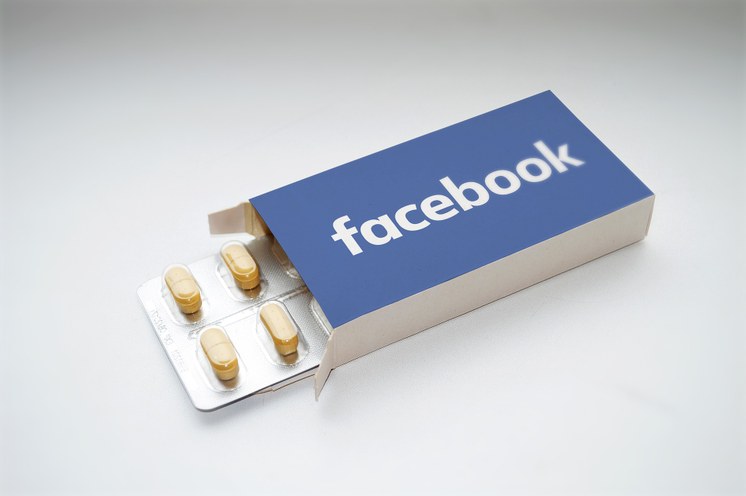 Social media apps are designed to keep us hooked on a stream of updates.

But what if the phone itself is the problem, and a better therapy might be ditching it rather than adding more apps? He responds, “If I had my druthers, everybody would melt their phones and join some neo-monastic order. But that's not likely achievable. And so our premise was: What can we do to titillate and to tantalize, to heal rather than harm, to improve your lived experience and your mood, rather than impair it? And that was our departure point.”

Since the iPhone came out in 2007, there have been five fundamentals of human health and happiness: diet, sleep, exercise, vocation, and interpersonal relationships. "We now have a paramount sixth, and that's digital nutrition,” says Moskowitz.