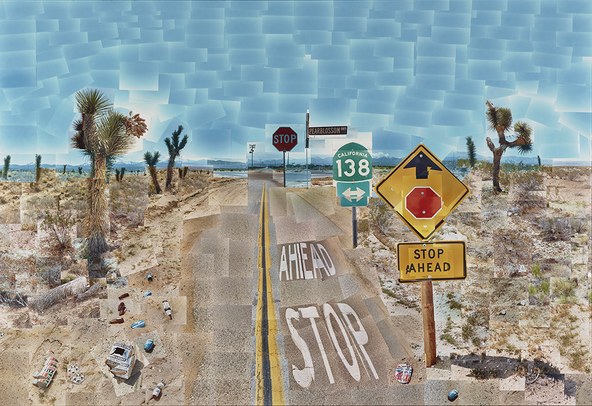 The artist David Hockney is considered one of the most important British artists of the twentieth century, but his chosen home Los Angeles played a signative role in forming his work, and changing locals' perception of their city. His work continues to push the envelope of technique and style, while preserving a sense of play.

His eightieth birthday this year is being marked with major exhibitions at Tate Modern in London, Pompidou Centre in Paris, and the Getty in Los Angeles. The Getty's two-part exhibition includes self-portraits made over the past sixty-five years and key photographs from the 1980s that investigate time and perspective.

DnA speaks to art critic Lawrence Weschler and Getty curator Julian Brooks about Hockney's enduring popularity, and revisits a 2016 interview with the artist at his studio in the Hollywood Hills. You'll hear why he prefers to paint Los Angeles over New York, what he looks for in a person when he starts a portrait. . . and why he still smokes.

Here's a pop quiz for architecture buffs. Where in America's Midwest can you find a very small town with more than 60 modernist gems? The place is Columbus, Indiana. Now the...