Los Angeles has been struggling for years to create a digital sign ordinance. The battle between billboard owners and some elected officials has gotten contentious at times.

“Digital billboards are a blight on the environment, plainly spoken. They distract drivers and they contribute to car accidents. Nobody wants to live near one. They reduce the property values in the area where they're located,” said Patrick Frank, president of The Coalition to Ban Billboard Blight.

LA officials are considering two competing proposals. One, drawn up by the Planning Department, would allow digital signs only in sign districts zoned regional commercial: Sunset Boulevard, L.A. Live, Hollywood, for example. Another version, drawn up by the LA City Council’s Planning and Land Use Management (PLUM) Committee, would allow a digital sign on almost any commercial lot anywhere in the city (pursuant to community approval).

The Planning Department staff is expected to report back on the proposals at the August 13 PLUM Committee meeting. 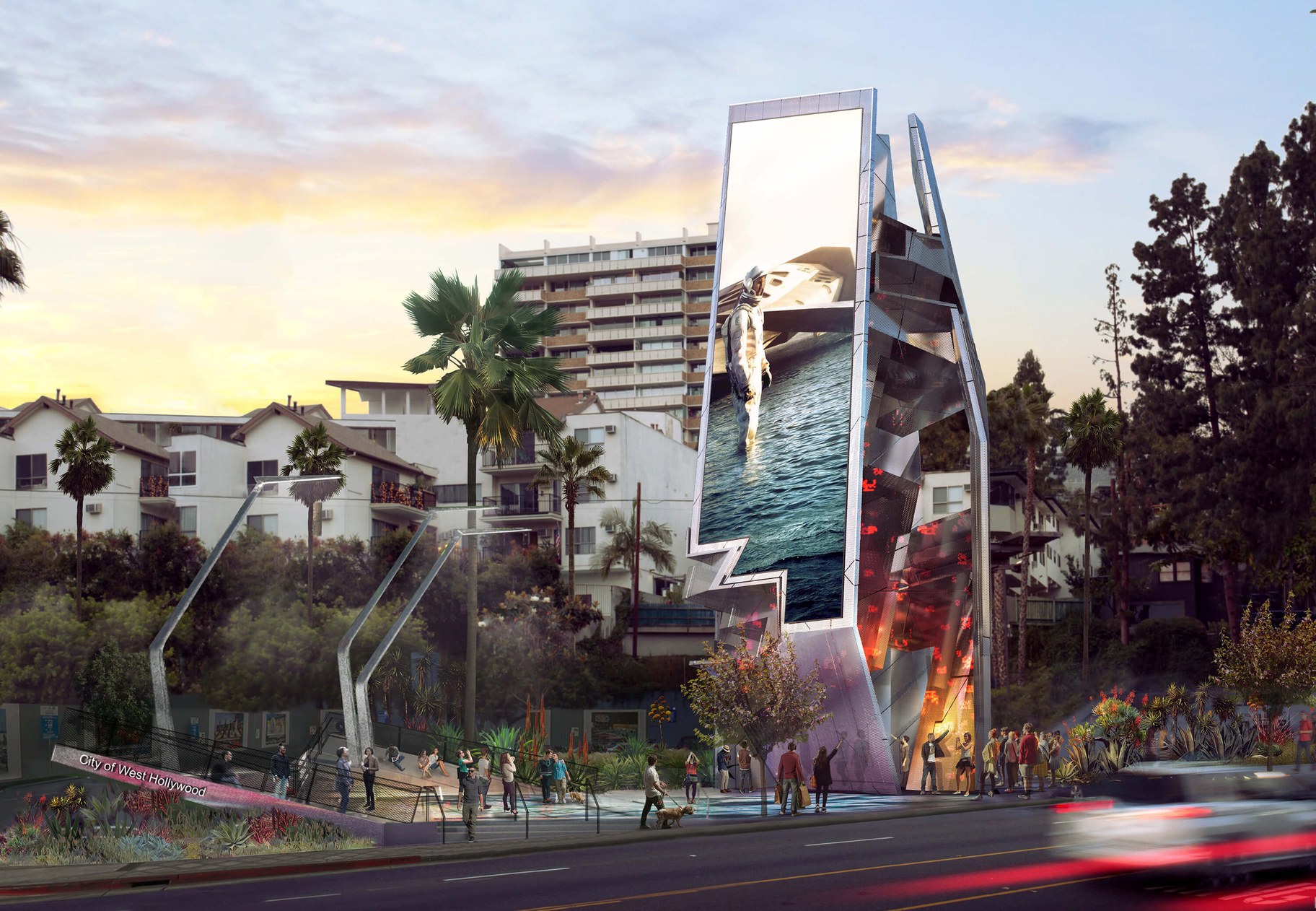 Meanwhile, the City of West Hollywood is exploring ways to turn crude commerce into new creative canvases with a project called “Sunset Spectacular.”

Elected officials and staff see an opportunity to revive the Sunset Strip’s legacy of experimentation with billboards.

The city’s Sunset Spectacular approved a project with Orange Barrel Media and the local architect Tom Wiscombe, along with a partnership with MOCA.

“It's a three-sided structure that will have a digital panel on two of those sides. It's going to be made of perforated stainless steel; it's a really beautiful, really unusual form,” said Bianca Siegl, long range planning manager for the city of West Hollywood. 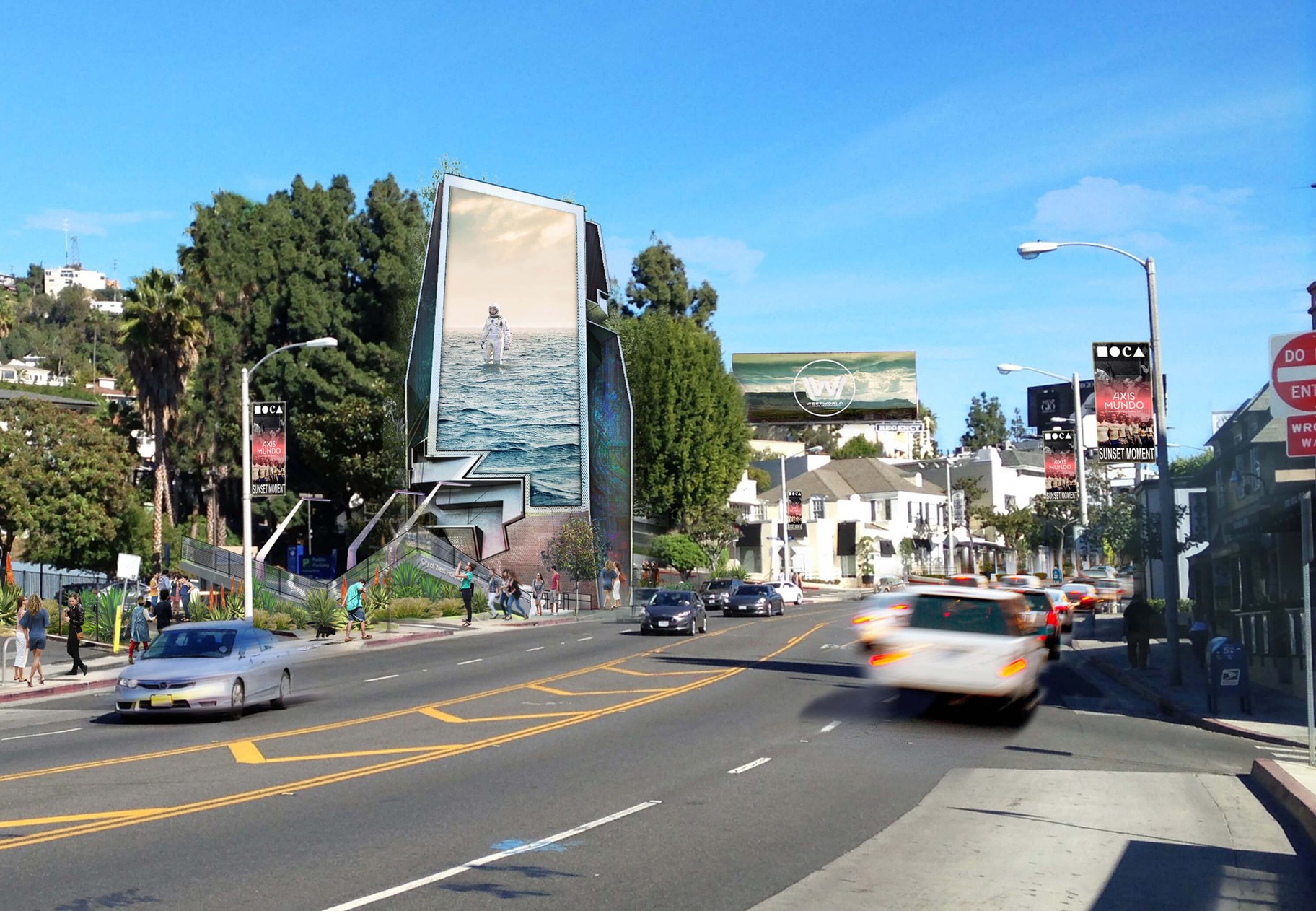 The mural will be about 65 feet tall, on a city-owned site in West Hollywood near the intersection of Holloway and Sunset. The tower is placed in a natural green environment and a plaza with some tall lanterns. Integrated into this tower are digital billboards facing east and west. Wiscombe says his goal is to transform the site of the billboard into a public destination.

“It's really a fusion of architecture and media and also civic space in a city,” Wiscombe said. “Sometimes we think of media as being attached to buildings and in this case we're going to great lengths to integrate the media into a kind of overall civic experience.”

Siegl says the city expects to release the initial call for projects for signs that will come under this new digital signage ordinance in August.