Following their marriage on Saturday the newlyweds stepped into a silver-blue 1968 Jaguar E-Type that glided off, without making any sound at all -- because it’s electric.

This was a vintage Jaguar restored and converted to e-power, a model launched in 2017 and called the E-type Concept Zero.

The adapted car has a state-of-the-art powertrain, modified instrumentation and facia, LED headlights and a 40kWh battery that can achieve around 170 miles on a single charge.

It can race from 0-62 mph in just 5.5 seconds, topping the original E-type by about one second.

So could this be the answer for those who love yesterday’s automobile styling but want to meet today’s energy concerns?

Geoff Wardle is Executive Director of Graduate Transportation Systems and Design at ArtCenter College of Design.

He joins DnA to explain why this converted classic made sense for Jaguar and for royals, and how any vintage automobile (including American muscle cars) can be electrified in the same way -- depending on how much you have to spend.

“If you've got an old clunker you could probably convert it into an electric, battery electric vehicle for between five and fifteen thousand dollars. But it probably wouldn't go very far before it started to spark,” Wardle said.

The conversion of the royal Jaguar is reported to have cost around $400,000. What about the sound of power however?

Knowing that revving up the engine is part of the pleasure of driving a sports car, car companies, says Wardle, now add artificial noise into the cabin or to the exhaust system to make e-cars sound sportier.

So is the next stop an autonomous E-type?

Wardle says that while he could imagine enjoying driving an electrified E-type Jaguar, “why would I want to drive a sports car without driving it? The whole point of sports cars is for the driving experience.” 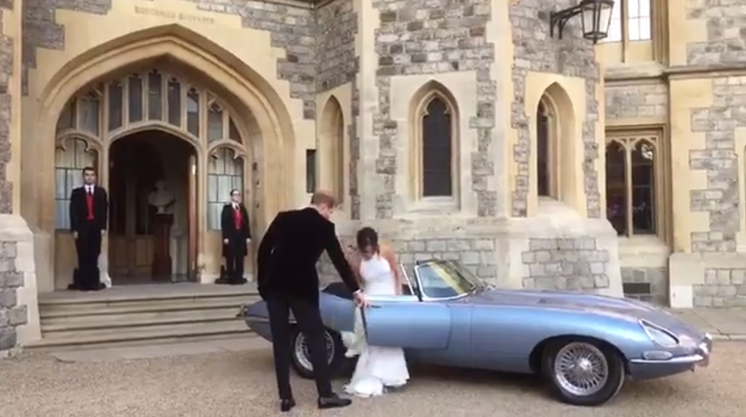 Every two years the global architecture community descends on Venice, Italy to get a taste of what’s current and future in architecture.