Fifty years ago - on July 16, 1969 - the Apollo 11 rocket launched from Kennedy Space Center. The launch and the moon landing a few days later marked the highpoint of the Space Age.

That was a time when aeronautics and pop culture, design and architecture came together, and nowhere more so than in Los Angeles. 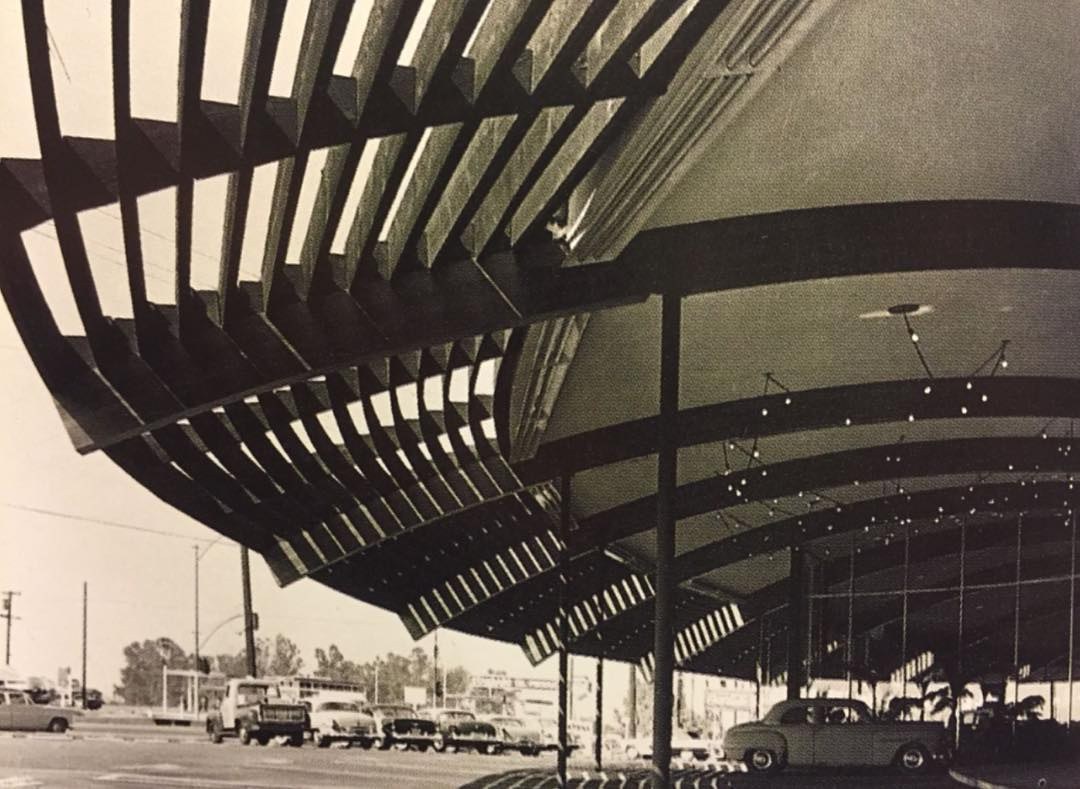 “We did it so well here -- things that were light and airy and sort of heading off into space. We did it in residential buildings but we really mainly did it in commercial buildings,” said Chris Nichols, senior editor at L.A. Magazine and a longtime activist with L.A. Conservancy.

Among those examples are the original Googies coffee shop on Sunset and Crescent Heights, and Tiny Naylor’s at Sunset and Nebraska, as well as Henry’s Restaurant in Pomona. 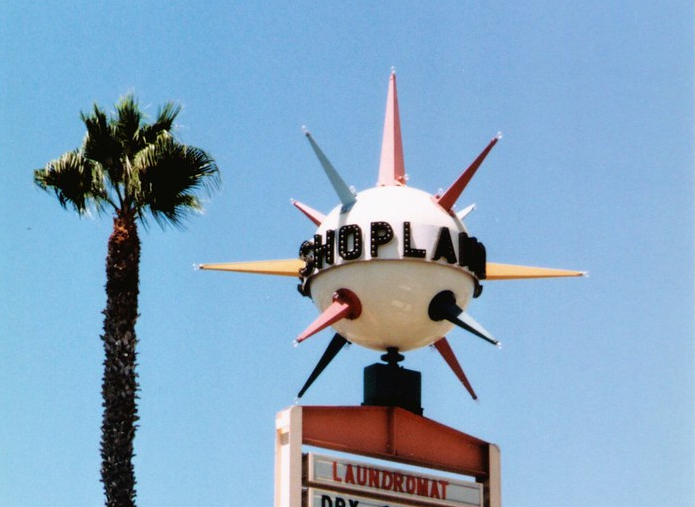 In Anaheim, Nichols points to a shopping center called the Satellite Shopland that had like a sputnik-style satellite revolving with spikes and blinking lights.

Architect John Lautner designed the Chemosphere House, which resembles a flying saucer atop a long column. The Theme Building at LAX could pass for an alien spaceship. 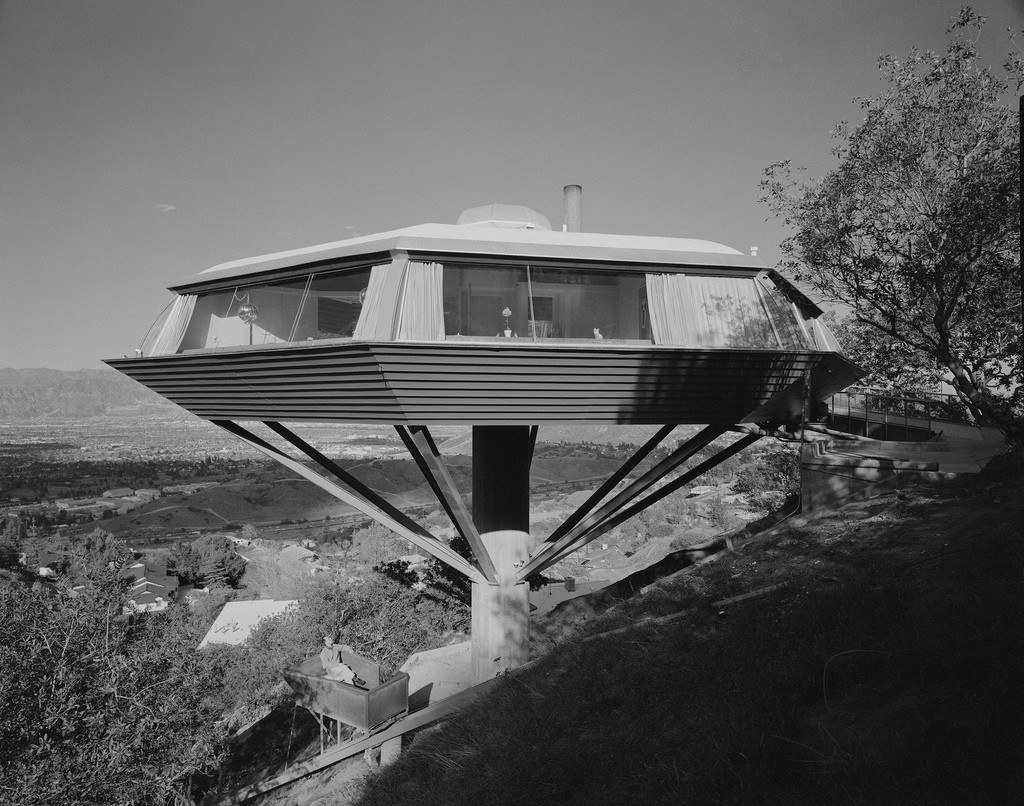 Nichols also cites the roadside architecture in LA, like the prototypical McDonald's.

“The earliest, first McDonald's restaurants are so space age. They're canted off like they're about to take off and fly away and they've got these great tents, parabolic arches piercing the roof, bright yellow and the whole thing would flash pink at night like it was alive and electric.” 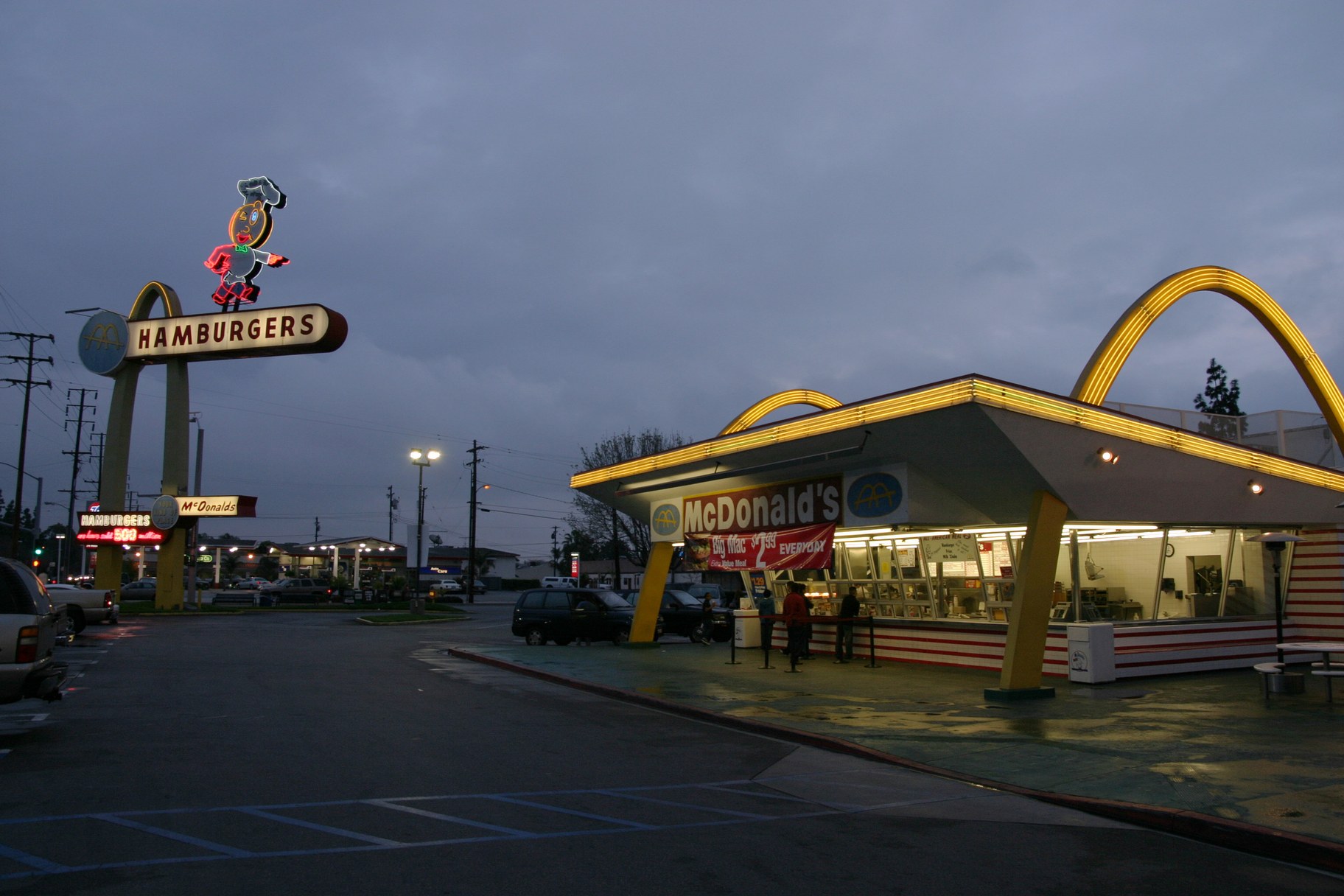 The oldest operating McDonald's restaurant was the third one built, opening in 1953. It's located in Downey. Photo credit: Bryan Hong

Space age design was rooted in the real work of aeronautics, which was happening all over Southern California.

“Aviation has been a huge industry in Southern California almost as early as the first flight,” said Layne Karafantis, a postdoctoral fellow at USC who has been tracking the spaces of aerospace.

“And especially after the end of World War II and moving into the post-war years, you have this atomic age where citizens are both frightened of the possibilities of nuclear armageddon while also feeling hopeful about the future and wondering if they can be designing in streamlined ways that are going to be reflecting this new kind of vision they have for the area.” 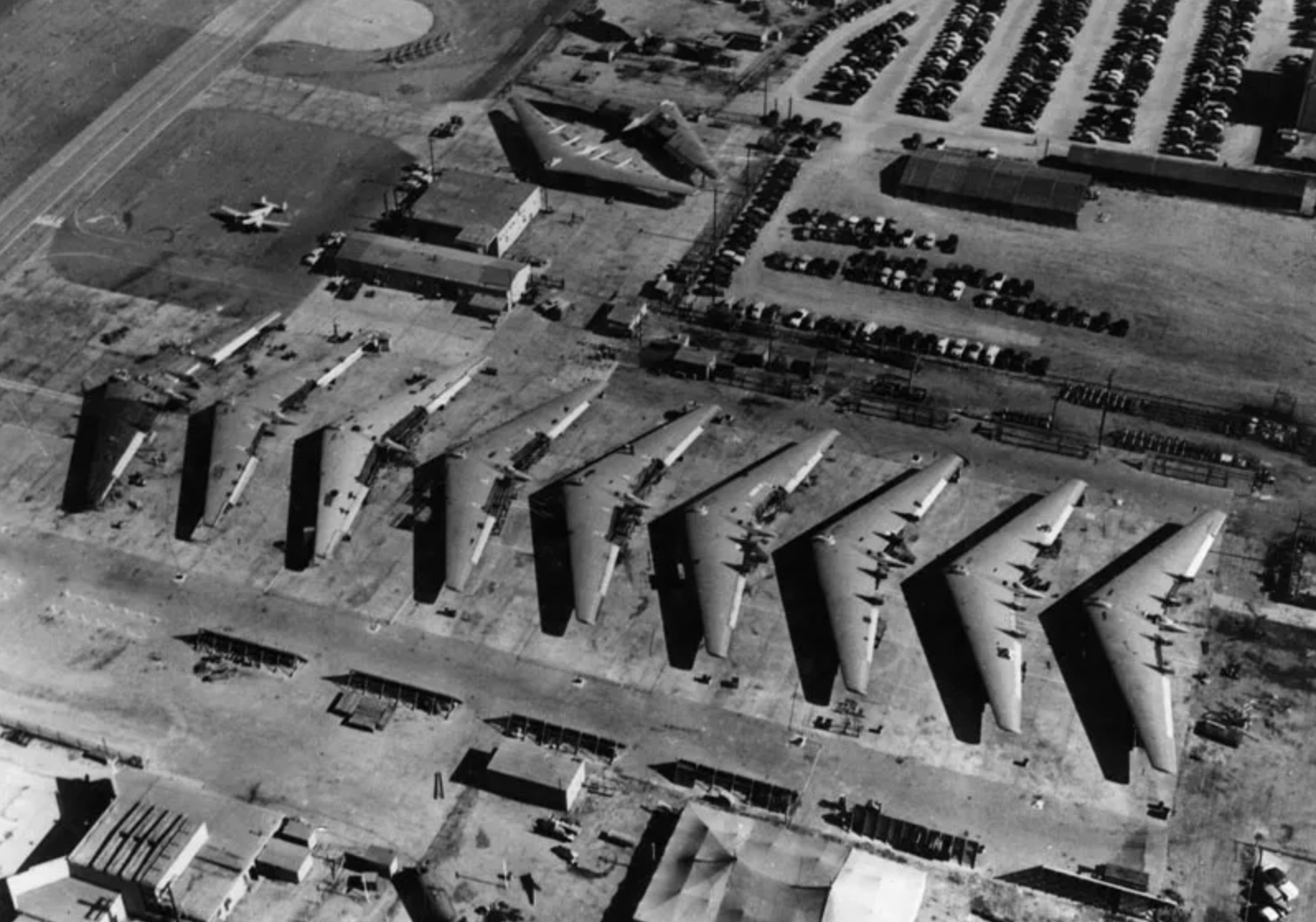 The aviation industry provided middle-class jobs throughout the region, including Northrop Corporation in Hawthorne, North American Aviation (and then later Rockwell) in Downey, Douglas Aircraft Company in Santa Monica and Long Beach, Lockheed Corporation in Burbank, and Hughes Aircraft in Playa Vista.

The region is still host to space exploration. Elon Musk’s SpaceX is headquartered in Hawthorne, and Northrop Grumman is one of the region's largest employers. And while we’re tempted to look back nostalgically at the Apollo 11 mission, Karafantis reminds us that the public was divided over the expense incurred in sending men to the moon.

In this file photo taken on July 20, 1969 astronaut Buzz Aldrin, lunar module pilot, walks on the surface of the moon during the Apollo 11 extravehicular activity. Photo credit: ABC News

“At the time leading up to the moon landing, citizens were increasingly excited about the amount of money that was being poured into the Apollo program. And this was a bit of a contentious topic due to things that were happening domestically in the U.S. at that time such as struggles over civil rights and the Vietnam War,” Karafantis said.

While the space program may not inspire the same levels of excitement it once did, Karafantis says the modern-day equivalent of exciting technological innovation may lie in things like tech and its forays into transportation, as well as AI, gaming and virtual reality.

She points out that Silicon Beach is now located in Playa Vista, on the footprint of Hughes Aircraft, one of the Southland’s signature aerospace company. Just as then, Southern California is at the forefront of that development.