Now the founder of Rose Studio in Beijing is one of China’s most famous haute couturiers -- creating gowns that drip with crystals, sequins and wild imagination, among them the yellow dress with expansive train that Rihanna wore to the Met Ball.

And that’s because Guo Pei’s designs are not only artworks weaving imagery from past royalty, mythology and pop culture, but they are also extraordinary structures. 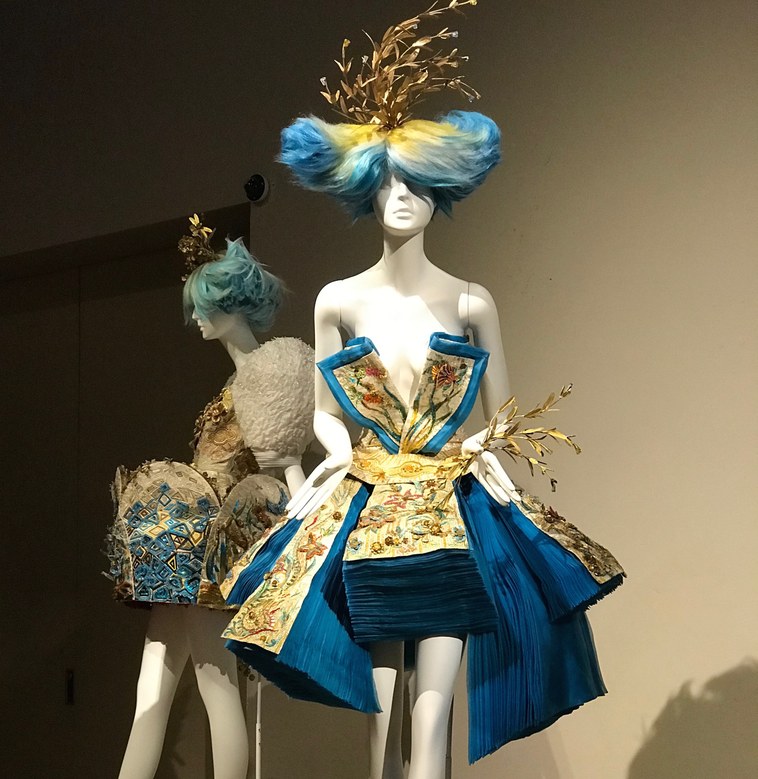 Victoria Gerard, head of collections at the Bowers Museum, tells DnA: “Some of them weigh over fifty pounds” and it can take “five or six people to lift them up onto a mannequin.”

At the Bowers Museum exhibition you will find dresses made of materials including Swarovski crystals, golden thread, sustainably farmed arctic fox fur, her own hair and bamboo grown in China for a line that was based on nature. 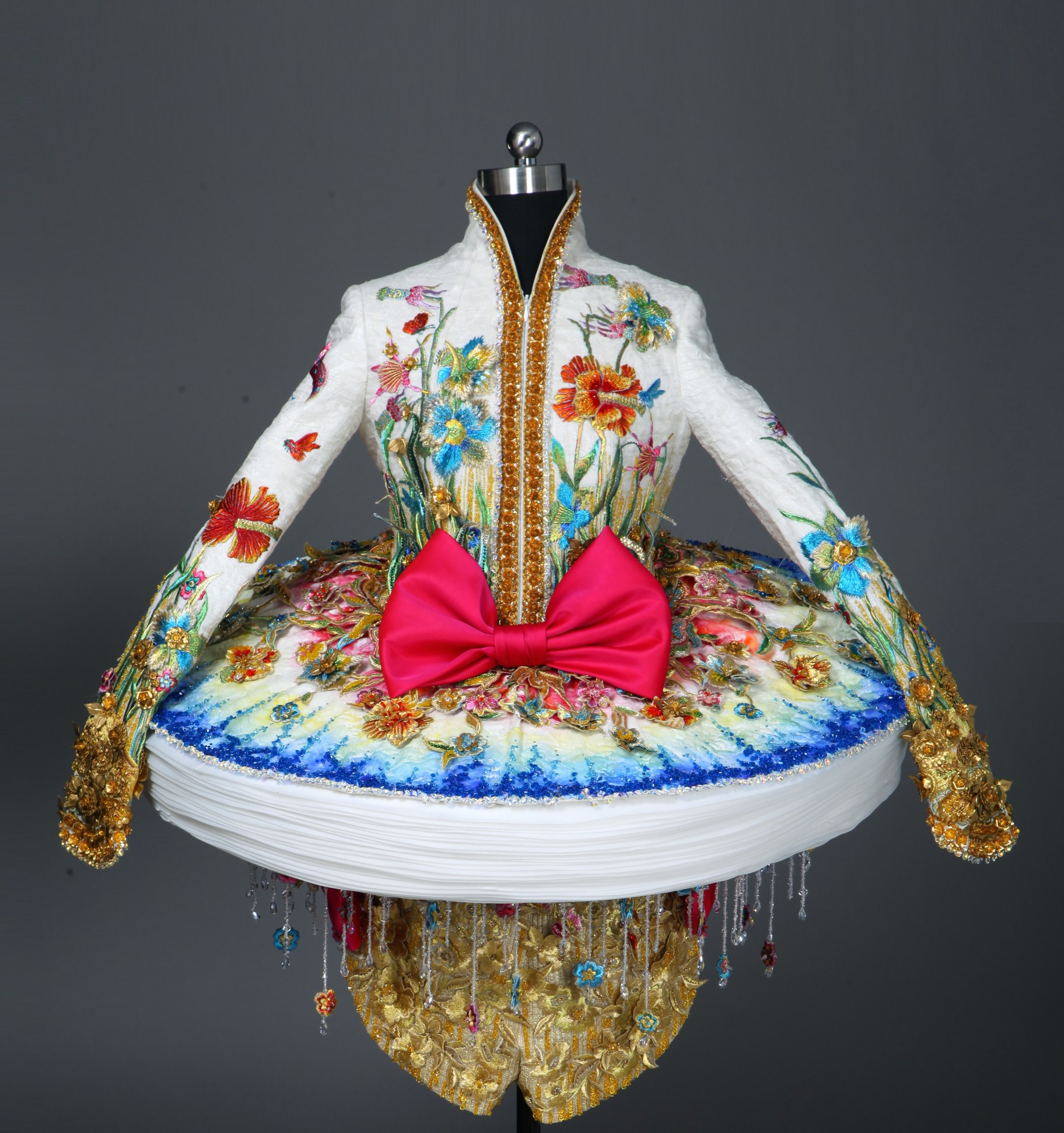 Gerard narrates the story of the women who was born during China’s cultural revolution, a period that rejected opulence, but drew inspiration from her grandmother, who had lived during the Ching dynasty, and now makes custom dresses for the celebrities and superrich of China. Mere mortals can see them in the flesh at the stunning exhibition.