A burned-out shell of a Mack truck is parked next to a Malibu home destroyed by the Woolsey Fire. Photo by Avishay Artsy/KCRW.

But even those who’ve lived through past infernos say nothing compares to the Woolsey fire. It rampaged its way from Simi Valley to the beach and has left hundreds of people homeless.

The terror that began on November 8, however, is not causing people to leave for good.

“A lot of older people who are underinsured and don't have the future time available will most likely sell their lots and move on,” notes longtime Malibu beach resident Rob Taylor, adding, “Younger families or people that have been here for 20, 30, 40 years will definitely dig deep and rebuild using some smarter fireproof techniques.” 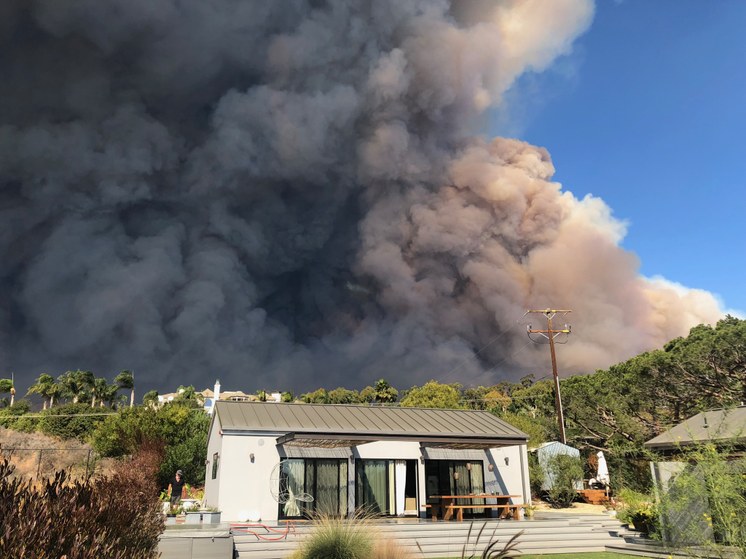 The Woolsey Fire barrels towards the home of Claudia and Rob Taylor. This newly completed guesthouse survived; it has a metal roof, concrete structure and no eaves, all recommended in fire zones. Will new structures in Malibu follow suit? Photo credit: Claudia Taylor

DnA got some answers while on a tour of some of the devastation with Rob and Claudia Taylor.

The Taylors fought the fire as long as they could -- “the pioneer spirit here is strong,” says Claudia, adding that residents of Malibu “may be perceived as a bunch of marshmallows, but we are fierce.”

They evacuated with a car full of possessions at the point that their “eyebrows were singed.”

Their own home was saved, but many of their friends’ homes were not. 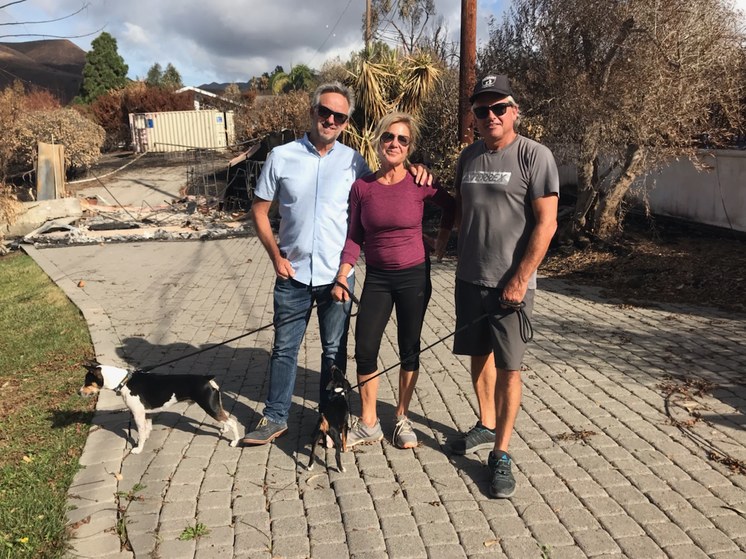 At the site of one decimated house, DnA meets incoming councilman and former planning commissioner Mikke Pierson. He fought off fires with his son and neighbors, despite telling others to evacuate, and now says it is time for homeowners and city planners to rethink how they build in future, from the siting of homes to the materials they build with and the plants they grow.

With hundreds of people desperate to build back quickly, he acknowledges that the city may now have to consider its longtime resistance to structures such as prefab and tiny homes. 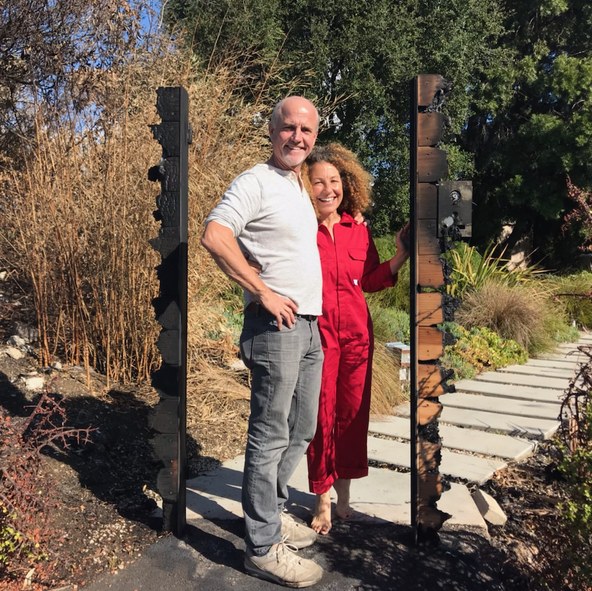 Colette Brooks, a branding consultant and animal rescuer, stands in her burned gateway with partner Brett Shaw, an architect and contractor. They are considering what to rebuild after the Woolsey Fire destroyed her guest house and several corrals and other outhouses. Photo by Frances Anderton

DnA also stops off at the property of Colette Brooks. The branding consultant who keeps a menagerie of animals lost her guesthouse and several corrals and other outhouses -- but her animals were saved. Those include Stinkerbell and Tiptoes, two 400-pound pet pigs who had to be left behind in their concrete pen when Brooks evacuated the premises with the other animals.

Now Brooks and partner Brett Shaw, an architect and contractor, are considering what to rebuild. While Brooks would love a prefab for stylistic reasons, Shaw says that may prove less than cost-effective due to the requirement for a protective outer material that provides for one-hour of fire protection.

Shaw also points out that the challenge ahead for Malibu’s rebuilders is cost. Most insurance policies provide for construction costs of around $250 per square foot, he said, while building in today’s boom pencils out at an average of $450 per square foot.

Even Malibu’s incoming mayor faces this challenge. DnA concluded its tour at a stop at Zuma Jay’s surf shop on the Pacific Coast Highway. 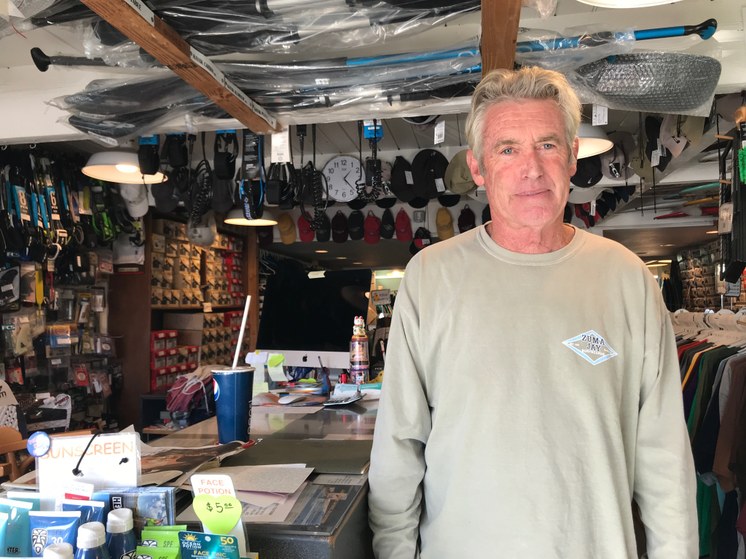 Incoming Malibu mayor Jefferson “Zuma Jay” Wagner lost his home and all its possessions in the Woolsey Fire. Photo by Frances Anderton

Owner Jefferson “Zuma Jay” Wagner talks about fighting the fire at the home he built in 1990 until his aluminum ladder melted and the fire destroyed the house “from the roof down.” He was left with carbon monoxide poisoning, and spent two days in intensive care -- and now is back in his store and looks forward to rebuilding exactly what was there before, because, he says, “because the process will be easier if you just duplicate what was there.”

Tuesday night marks the first regular city council meeting since the fire, and Wagner anticipates hearing from many residents who want to know why the emergency response was slow in coming during the fire, and how they can hurry up the process of reconstruction, a process that cannot start for any property owner until he or she has legally cleared their properties of potentially toxic building debris.

The LA Auto Show is at the Convention Center in downtown through Sunday. But this year’s showcase of cool new cars got off to a less than celebratory start, with the very...