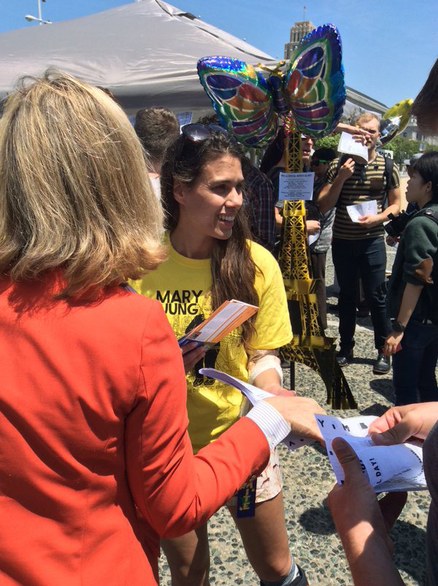 Last week Governor Jerry Brown signed 15 bills intended to enable the construction of new housing in California. These bills mark a victory for a growing movement called YIMBY or Yes In My Backyard. DnA reached out to one of its leading voices: Sonja Trauss, founder of the SF Bay Area Renters' Federation (also known as SF BARF) which has since joined a bigger organization called the YIMBY Party. In late 2015 she co-founded a nonprofit that enforces state housing law. She is now running for supervisor in District 6 in San Francisco.

She talks about the difference between being an activist and a politician, whether her views on housing have changed with impending motherhood and why the "revaluation of black land" is a sign of greater social justice.