Santa Monica Airport (SMO) is set close by 2028 under an agreement between the city and the Federal Aviation Administration. Photo credit: Lisa Newton

This weekend it will begin to “pulverize” the pavement at both ends of the runway, reducing the path permanently to 3,500 feet from 5,000 feet in length, and taking the airport a step closer to fully ending all flight operations by 2028.

Many nearby residents are pleased, though some question the costs of the pulverization at the very time the City is grappling with a tighter budget and cuts to some social services.

But the transition is worrying to folks in both aviation and regional housing advocacy.

DnA talks with Gleam Davis, mayor of Santa Monica, about what’s next for the airport and whether a large park is the best and highest use for the 227-acre site. 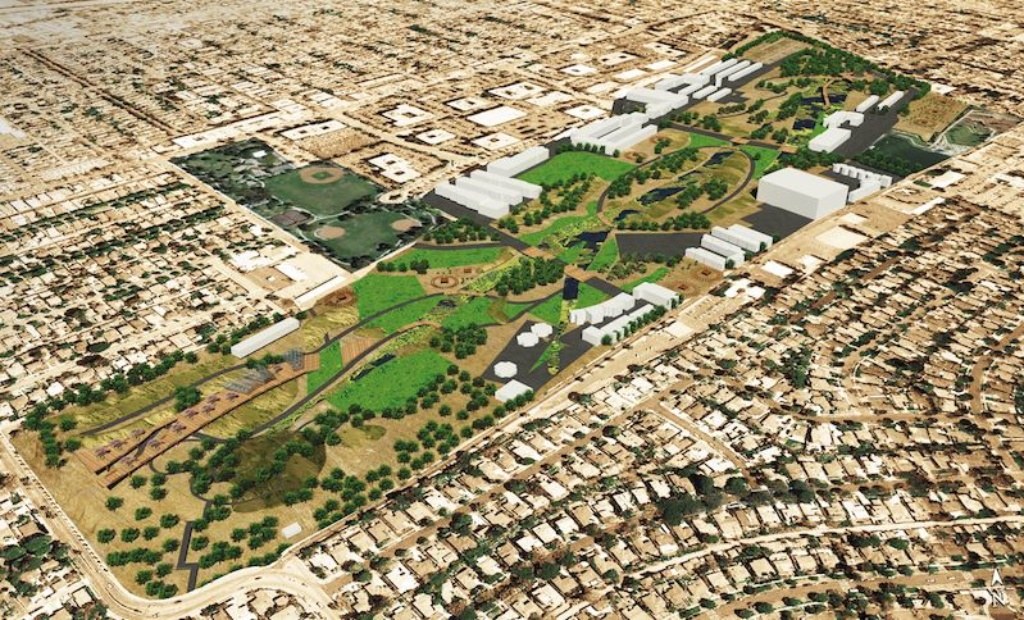 The Santa Monica City Council reached an agreement with the FAA to convert the Santa Monica Airport into a park starting in 2029. Photo courtesy Airport2Park

Airplanes have been spewing pollutants and deafening folks on the ground for decades. Now, say aviation experts, airplane technology is on the brink of getting cleaner, greener and quieter.

The pending arrival of small, hybrid or fully electric planes could mean a rise in urban, commuter aircraft that can dash about the region.

Meanwhile, Silicon Valley companies are fast developing aerial ridesharing concepts like Uber Elevate, autonomous machines that would lift off like helicopters from what the company terms Skyports.

Without the airport, which opened almost a century ago in 1923, and its control tower, those drone-like aircraft would buzz around uncontrolled in the skies over Santa Monica, says Santa Monica Airport Association.

Taken together, these developments represent an aerial commuter transit opportunity for the traffic-choked Westside, according to aviation advocates.

But the technology is young, and as yet unproven, responds Davis, adding, “I would certainly hope… that we will move to more environmentally conscious and humane ways of flying. I still think that for our residents, all of these technologies are relatively new and asking them to bear the burden until they become widespread enough that those burdens no longer will exist, it's just really unfair.”

In symbolic rejection of future urban aviation, Santa Monica Airport (SMO) is slated to close in 2028, the very year Los Angeles hosts the Olympics. Regional airports are expected to be used for shuttling participants around the spread-out Southland venues. 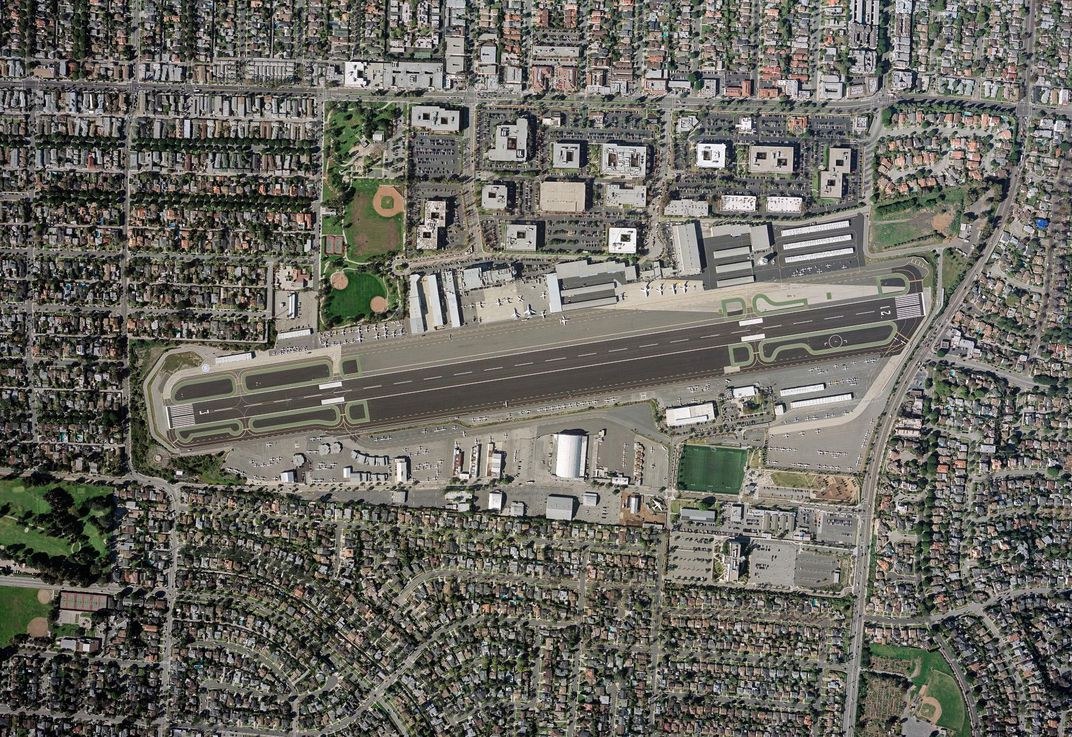 Santa Monica Airport’s runways are being shortened as part of an effort to keep commercial aviation out of the city. Image courtesy of the City of Santa Monica

If the aviation industry, recreational flyers and business travelers would like to see the airport remain operational, there is another group that has different concerns.

The city plans to turn all 227 acres vacated by SMO into a large park (as yet unfunded).

Housing advocates argue that this is a misplaced goal at a time when the region, especially the Westside, is in desperate need of more housing.

Steven Sharp, editor of Urbanize LA, argued in a recent op-ed in the LA Times that the plan to create a park instead of housing is “irresponsible.”

Santa Monica’s daytime population swells from around 90,000 residents by night to a daily population of more than 150,000 people who clog the freeways driving to the city’s jobs in tech and entertainment, not to mention schools and hospitals.

He writes: “Although green space is certainly a more appealing use of city land than a parking lot for Harrison Ford's planes, the opening of a 227-acre site on the Westside — in close proximity to jobs, good schools and transit — is a once-in-a-generation opportunity. Housing has to be a part of the equation.”

Santa Monica Mayor Gleam Davis agrees about the importance of housing, but suggests there are ways to achieve more of it without sacrificing the goal of the park.

She points out that privately owned sites around the airport could be co-opted for denser development and “so maybe we put the housing on the private land and then that housing is attractive because it has the amenity of a park next door to it… but I think what we also need to do it in a way that is… somewhat respectful of our character as a city.”