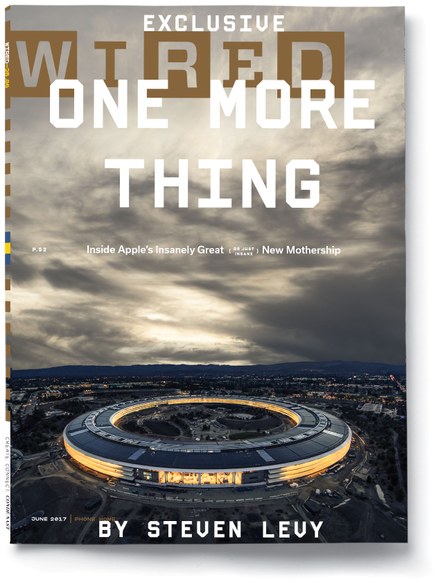 In 2011, Steve Jobs went before the Cupertino City Council. He was in very poor health but he was animated by his next big project: a new campus that could fit 12,000 Apple employees. He presented renderings of a giant ring sitting in a tree-filled park. Six years later that building has opened to the first wave of Apple employees, designed by Norman Foster at an estimated price of $5 billion. Steven Levy got a personal tour with Apple Chief Designer Jony Ive and wrote about it for Wired magazine. Along the way he reflects on why the company needs four-story glass doors, Jobs' passion for the perfect tree and whether the spectacular building will serve the company's future needs. We also talk with David Jenkins, editor of Norman Foster Works, about the lauded British architect and why he was such a good match for Jobs.

Krisztina "Z" Holly, host of The Art of Manufacturing podcast Many cities have looked to the so-called "creative class" to fuel their post-industrial economy. In the Los...

Steven Levy's cover story in WIRED In 2011, Steve Jobs went before the Cupertino City Council. He was in very poor health but he was animated by his next big project: a...