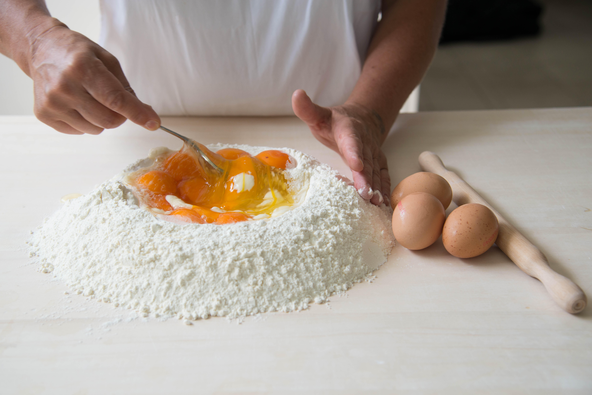 Photo of handmade fresh pasta being made in Uovo’s kitchen in Bologna, Italy.
Courtesy of Uovo.

The marigold-colored pasta at Uovo in Santa Monica has Los Angeles Times’ food critic Jonathan Gold at a loss. Not because of any miraculous technique or exceptionally sumptuous accommodations but because some of the pasta that’s flown in from Bologna, Italy, ends up as the best spaghetti all’amatriciana in the city.