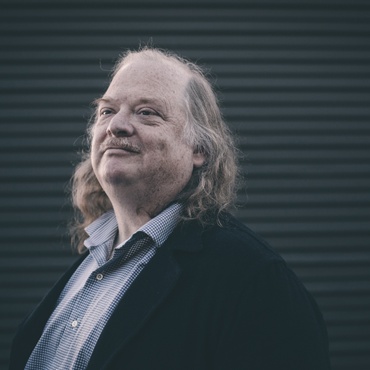 Guest/Host, Good Food on the Road

Jonathan Gold was the restaurant critic and columnist for the Los Angeles Times. Gold also hosted KCRW's Good Food on the Road.

His love of all things gastronomical has taken him from the LA Weekly (where he started as a proofreader in 1982), to the Los Angeles Times (1990-1996, where he wrote his Counter Intelligence column), to Gourmet (where he was the magazine's New York restaurant critic) and back to the LA Weekly (where he worked for more than a decade). In 2012, he returned to the L.A. Times. If you follow the LA food scene, you know about Gold's ability to find and savor Uzbek, Korean, Peruvian and Islamic Chinese cuisine. He discovered the only Trinidadian restaurant in Inglewood.

In 2007 Gold won the Pulitzer Prize for Criticism — the first win for a food writer – and was a Pulitzer finalist in 2011 as well. He has been honored twice as a National Magazine Award finalist in criticism by the American Society of Magazine Editors.

"He sees Los Angeles as 'the anti-melting pot' — the home of true, undiluted regional cookery — but also has a fondness for what he calls the 'triple carom': the Cajun seafood restaurant that caters to Chinese customers and is run by Vietnamese from Texas," Dana Goodyear wrote in a 2009 profile of Jonathan in the New Yorker. He is, Goodyear added, "sly and erudite, withdrawn in person and in print exuberant." Zach Brooks: The impact of Jonathan Gold's review of Vespertine Zach Brooks: The impact of Jonathan Gold's review of Vespertine

Zach Brooks talks about what it meant to read Jonathan Gold’s review of Vespertine, one of LA’s more controversial restaurant openings in recent memory. In celebration of Earth Day, John and Molly Chester mark the decade-long restoration of their land with the film “The Biggest Little Farm: The Return.” This episode was supported in large part by FOUND/LA, supporting local entrepreneurs with funding, education, and community. The culinary influence of the Transatlantic Slave crossing is evident throughout the American South.