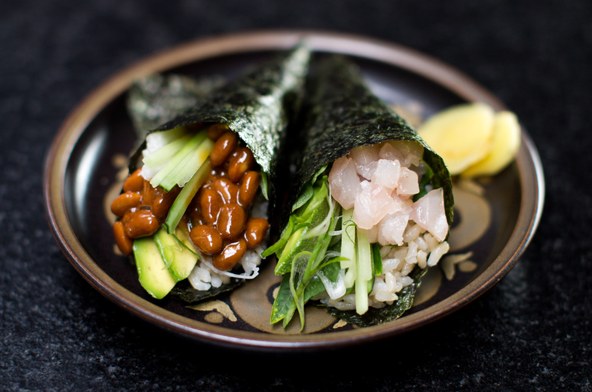 These temaki (hand rolls) are among the stars of Travis Lett’s
Izakaya menu at MTN. Photo by Ashley Randall.

Travis Lett is credited with defining Venice’s culinary identity with his modern Californian restaurants Gjusta and Gjelina. However, the James Beard Award-nominated chef recently turned his attention to Japanese izakaya fare with his latest Venice opening, MTN. LA Times food critic Jonathan Gold believes that Lett’s rigorous attention to craft and tradition is authentically Japanese. Although he says the temaki, Dungeness crab ramen, and expertly poured beers are not to be ignored, he was most impressed by Lett’s deft touch with vegetables.