Ask a Tortilla Expert: Where can I get the best everyday tortilla in L.A? Behold Ask a Tortilla Tournament Judge, in which longtime KCRW nerd Gustavo Arellano takes your question about tortillas! Send them to mexicanwithglasses@gmail.com. Now, to this week’s mailbag:

I've loved your Tortilla Tournament over the last few years and have tried many of your contestants' tortillas. I can't tell you how happy I've been knowing that somebody else cares about good tortillas. Just say no to Guerrero! As a pocho Angelino who has to have tortillas in the fridge all the time and is on a budget (especially in the coronavirus economy), I wanted to suggest that you have additional winning categories for people who just want a good pack of 3 dozen tortillas de maiz and a great harina for everyday use — good flavor and usability is a must for making things like enchiladas (que no huelan a químico y que no se desbareten).

So many of your top-rated tortillas can only be enjoyed by having a meal at a restaurant (I'm still refusing a HomeState visit b/c Tex-Mex, ew) and others are prohibitively expensive ($8 for a pack of Kernel of Truth that only lasts a few days is not feasible for a person on budget). Everyday tortilla winners in the harina and maiz categories would be a great addition much appreciated by your hermanos and hermanas on a budget. 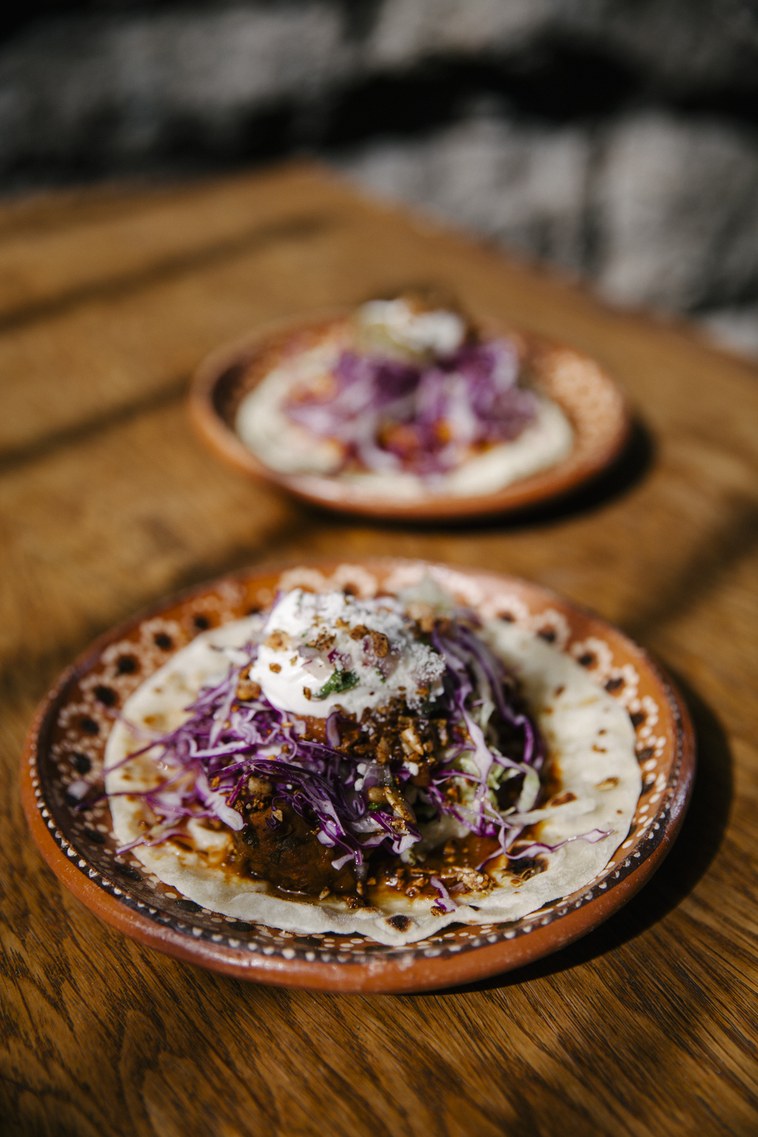 At Bar Ama, tortillas aren’t just a canvas for carnitas; they’re a delicacy in and of themselves. Photo by Samanta Helou Hernandez for KCRW

Gustavo Arellano: While I appreciate your kind words about the Tortilla Tournament, I would urge you to reconsider your dismissals of HomeState and Kernel of Truth. Primeramente, there is nothing wrong with Tex-Mex food whatsoever, to the point that three practitioners of the style — Ancho’s Southwest Grill in Riverside, Josef Centeno’s Bar Ama, and Briana Valdez’s aforementioned mini-chain — advanced to the Suave 16 this year. And HomeState, of course, won the Golden Tortilla. Don’t hate until you eat.

And while you complain that Kernel of Truth is “not feasible” because the tortillas spoil quickly, that’s the harsh reality of the best corn tortillas because they won’t have preservatives. Whether you get them from a high-end restaurant like Taco Maria or a working-class tortilleria like Miramar in East L.A., they’ll all go bad within days. If they last more than a week, even if handmade, that means that the makers cut them with preservatives, which means they’re ew.

I’ll leave your snit about cost-point for another day (can’t transform a broken system without investing in los buenos, you know?) and give you more affordable options for now. I approve anyone who’s ever made it into the Suave 16 in our three years of #TortillaTournament. Match them up with our map, and you’ll find a spot near you. But for easier-to-find choices, go with Diana’s Mexican Food Products for corn, Romero’s for flour — I’ve seen both in the past at Stater Brothers and Albertsons, which is as affordable as you can be.

I live out in the desert — where are the best tortillas? So far I’ve  just been visiting Cardenas — flour is full of stuff, but I noticed they nixtamalize their own corn. Vallarta just opened, but I haven’t been yet. Gotta get back to OC for Taco Maria!

Gustavo Arellano: You didn’t specify where in the desert do you live, or even which one, but I’m going to assume the Low Desert, because a Vallarta just opened in Indio, whereas the Mexican supermarket chain has had a long presence in Lancaster and Palmdale. While Vallarta’s tortillas are fine, a far better choice is Arriola’s Tortilleria in Indio, which is the oldest tortilleria in Southern California at 93 years and now in its fifth generation of ownership. I like the flour tortillas better than the corn, but they make both in-house. Don’t forget to take some of their awesome chips and salsa for the road trip back home!

READ MORE:
The Ultimate Tortilleria Guide of Los Angeles and Southern California
Ask a Tortilla Tournament Judge! Gustavo Arellano answers your questions
This Los Angeles Tortilla Life
Photos: How LA’s tortilla masters make magic with a handful of masa
Who is that girl on those Diana's tortilla packages? How Samuel Magaña's daughter became the queen of Gardena
Inside El Cholo: How the old-school Mexican restaurant has thrived in LA for almost a century
What makes a good tortilla? Gustavo Arellano and Evan Kleiman on how to taste tortillas
How do you buy and eat tortillas in the time of coronavirus? Very carefully.

END_OF_DOCUMENT_TOKEN_TO_BE_REPLACED
KCRW's Drive to the Future: Where your support goes beyond public radio. A portion of your donation will go to Kedren Health, a community health center serving South LA, providing COVID vaccines, primary care, and mental health services equitably, regardless of one’s ability to pay.
Give Now
Give Now