From magical cookbooks to culinary ethnographies to secret histories, these are the books that inspired Good Food in 2021, as selected by host Evan Kleiman.

“Black Food” is one of the most important releases of the year from a seasoned vegan food author and activist. As chef-in-residence of the Museum of the African Diaspora, Bryant has worked for years curating shows to bring Black voices to the forefront. His dream of creating a publishing imprint to give BIPOC culinary voices a home has been realized with the new Penguin Random House imprint 4 Color Books. Bryant Terry is the founder and editor-in-chief. “Black Food” is the first publication from 4 Color Books. Terry has compiled a powerful collection of recipes along with verse, poems, photographs, and paintings that is a rich shared history. 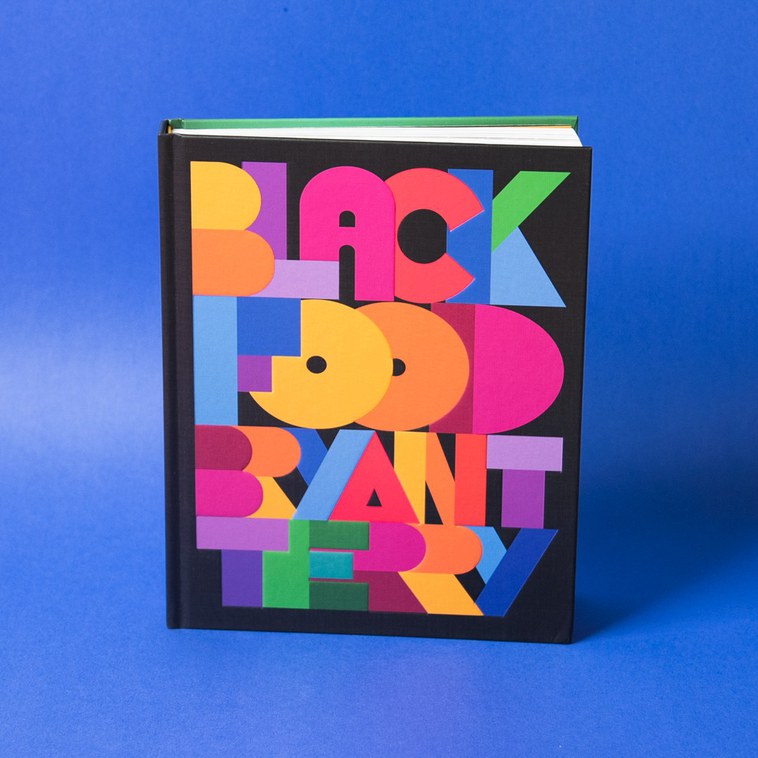 This is the kind of huge reference cookbook that shows up once in a generation. But this is actually Ms. Hesser‘s second version (a previous version came out in 2010). I prefer this latest update, which is huge, containing over 1,000 recipes from the 1800s to the present day. I absolutely love the timelines that start off each chapter that give context to both how much has and has not changed over the course of two centuries. It’s rare that such a large work has so much personality, but the writing is stellar — and even if you never cook one recipe, it’s an invaluable and entertaining tome to have in your library. 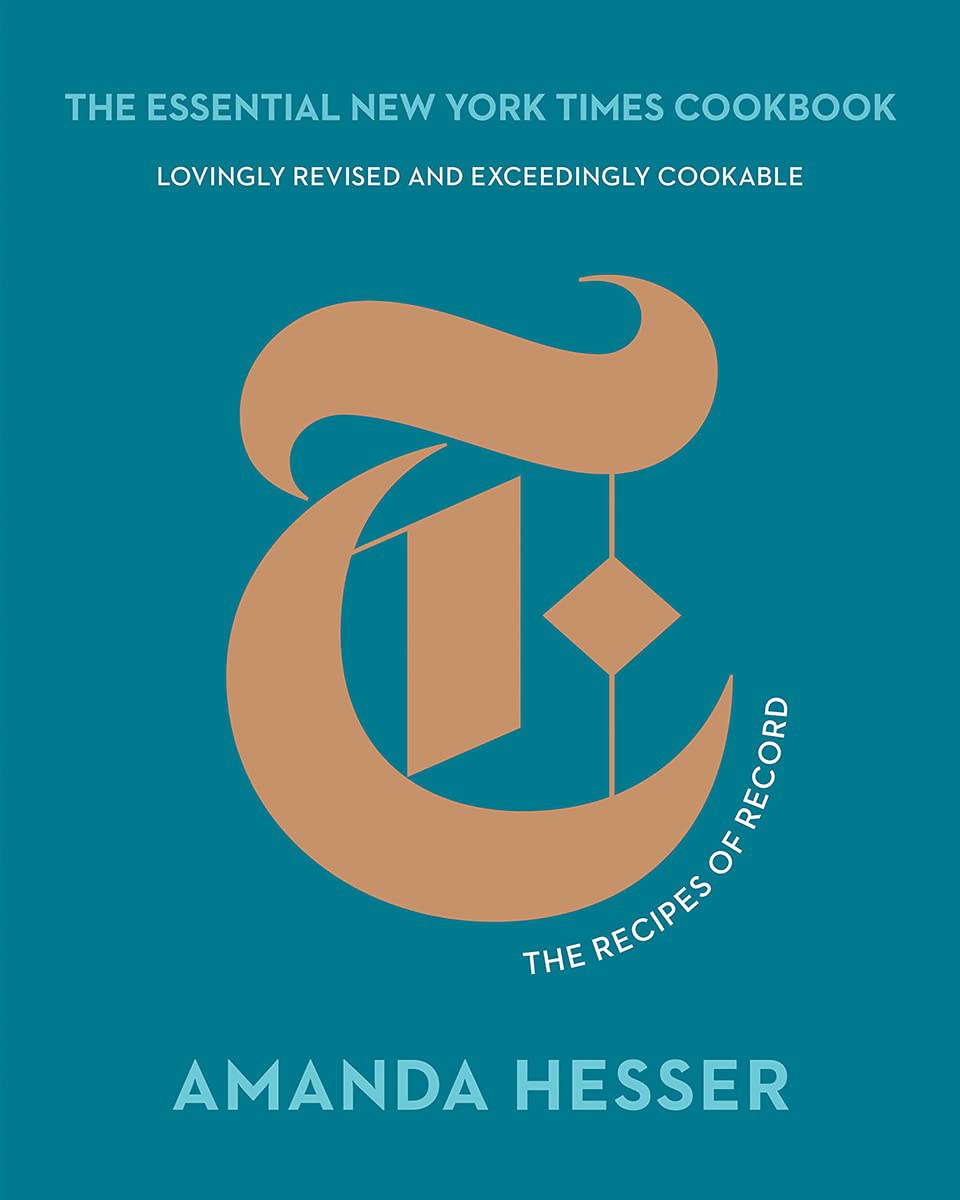 “Mother Grains: Recipes for the Grain Revolution” by Roxana Jullapat

Ms. Jullapat is a talented Los Angeles-based baker who was deeply involved in the development of the Southern California local grain movement and has vast knowledge of the characteristics and histories of the flours and whole grains in her recipes. The baked goods made with barley, buckwheat, corn, oats, rice, rye, sorghum, and wheat unveil a variety of flavors and textures no baker will find in a generic bag of all-purpose flour. Her bakery-cafe Friends and Family sources grain and flour from dedicated farmers and millers all over the country. Many of the whole grains enliven savory dishes as well. This is the type of cookbook that will become a workhorse in your kitchen. 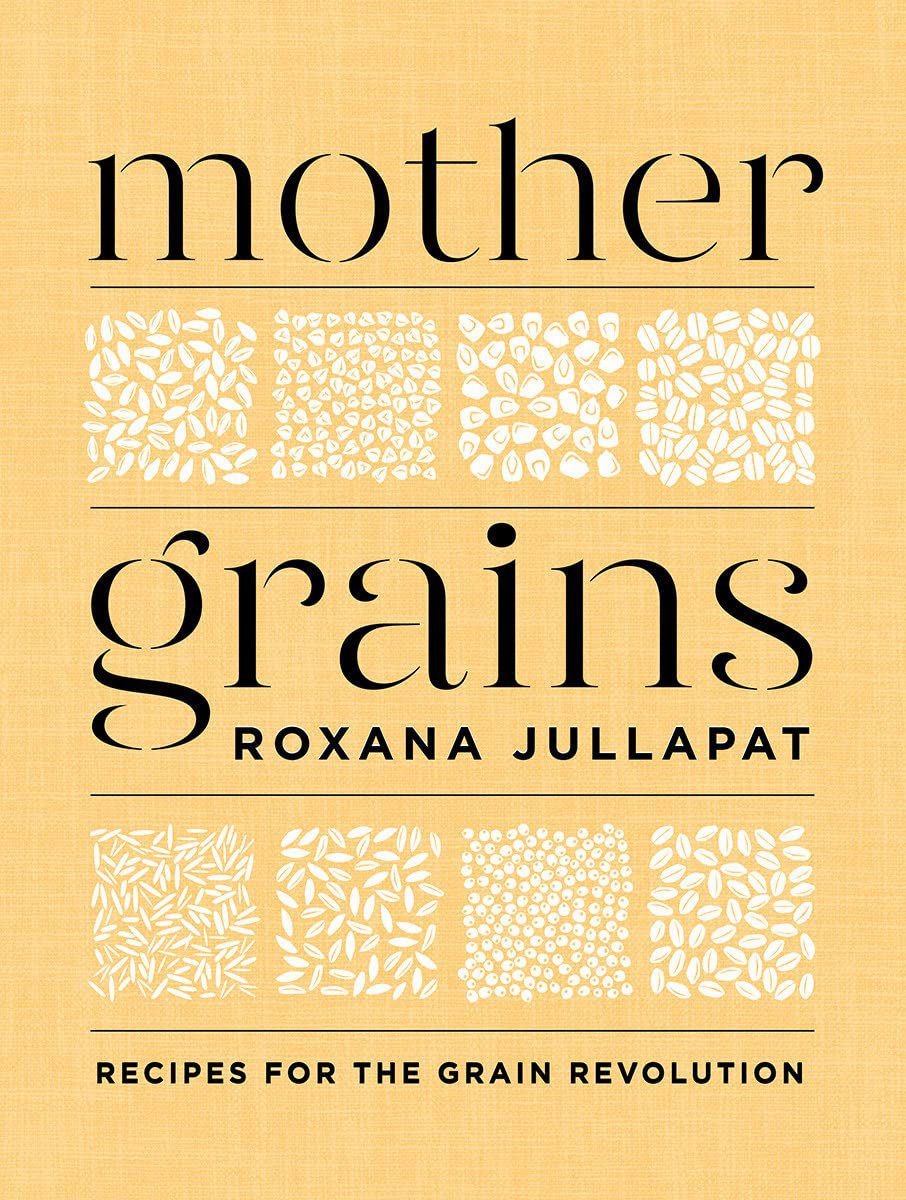 We’re told to eat more whole grains, beans, and legumes, but each of those categories have many foods, each cooked differently. “Grist” is a very smartly put together resource that will be useful both as a reference work and for daily recipes. Especially effective are the guides to cooking up a week’s worth of a bean or grain, and using them in different ways throughout the week without becoming bored. Abra Berens is both a farmer and a chef, so she brings authority to these essential healthy foods, but with a sense of playfulness and joy that reminds us that eating healthy can be craveable. 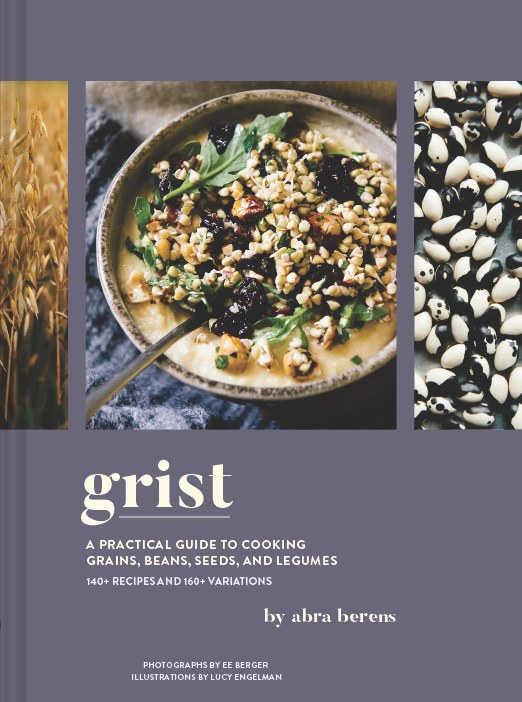 “Sandor Katz’s Fermentation Journeys: Recipes, Techniques, and Traditions from around the World” by Sandor Katz

It’s hard to overstate the influence fermentation and preservation guru Sandor Katz has had on a generation of professional and home cooks. A prolific writer of both recipes and philosophy, Katz has shared his own learning journey with us every step of the way through a series of books. He’s driven by an intense curiosity, and each trip he takes is an opportunity to meet people and learn new recipes, processes, cultural traditions, and stories, all of which he shares with us in this new book. It’s a treasury of ancient and new fermentation practices from around the globe. 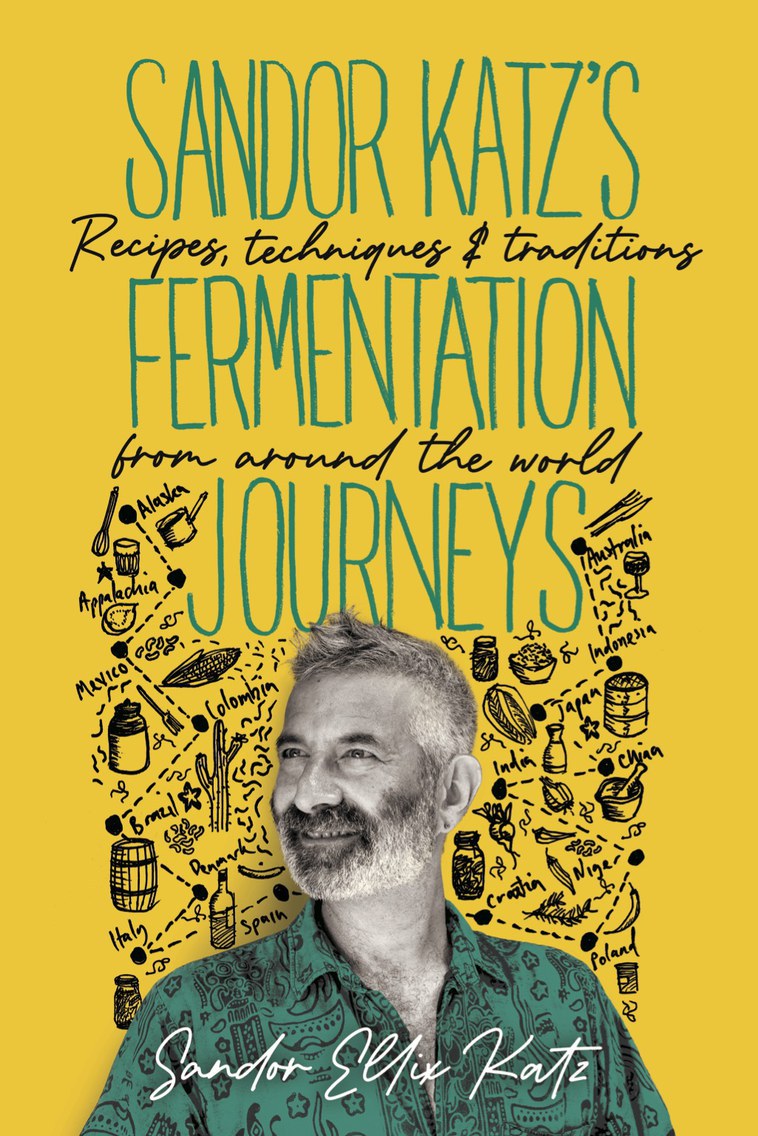 “Colombiana: A Rediscovery of Recipes and Rituals from the Soul of Colombia” by Mariana Velasquez

We learn about the richness of foods and flavors in Columbia through the women in food stylist Mariana Velasquez’s life. “More is more” is how Ms. Velasquez sums up the diverse mix of heritages, cultures, and regions that make up her country. It’s rare to find an author with such an assured voice to tell engaging stories who also has the stylist chops to create stunning tablescape photographs. A lovely look at a cuisine that gets little attention in the U.S. 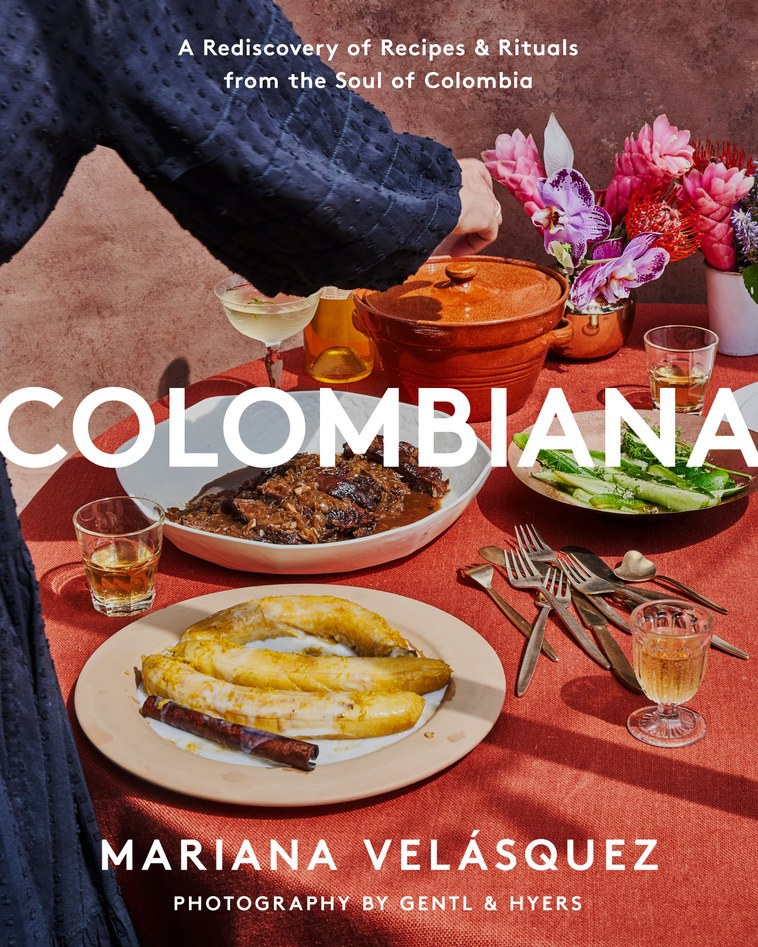 “Once Upon a Kitchen: 101 Magical Recipes” by Leslie Bilderback

This is my wild card. Prolific cookbook author and respected cooking teacher Leslie Bilderback tumbled into books and movies of fantasy and magic as a child and never climbed out. Inspired by those books, movies and TV shows like The Lord of the Rings, Arabian Nights, Star Wars, Grimm’s fairy tales, the Potterverse and more. Ms. Bilderback set about to recreate the foods we see and/or read about, whether real or imagined. This is a perfect cookbook for nerds and their children. Cosplay kitchen anyone? 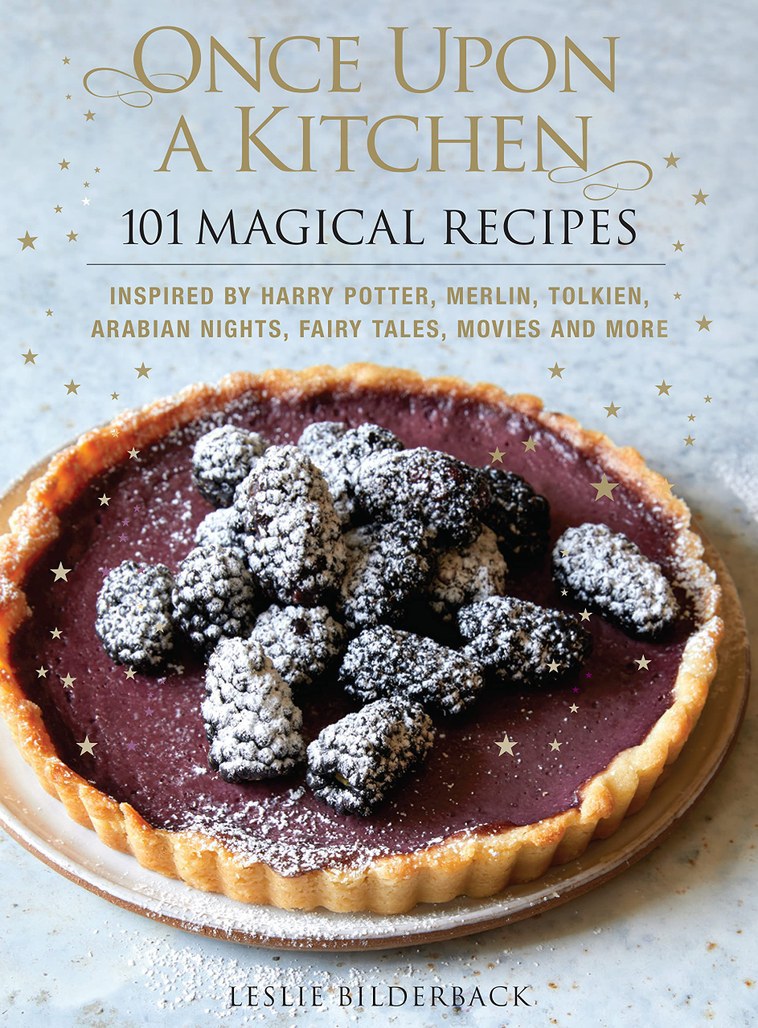 The following three selections aren’t cookbooks, but are important books with food and/or farming at the center that were published in 2021 and made an impact on the Good Food team.

“We Are Each Other’s Harvest: Celebrating African American Farmers, Land, and Legacy” by Natalie Baszile

Sometimes a book comes across my desk that is so special, the words inside it so wise, that you just want to savor it. To sip slowly, so to speak... Such is the case with “We Are Each Other’s Harvest,” a collection of essays about Black farming in America. There were over a million black farmers in the early 20th century. Today, only 45,000 remain. Baszile’s remarkable anthology takes a sometimes very personal look at Black people’s connection to the land in America, from Emancipation to today. She gathered essays, poems, photos, interviews, and first person accounts from a wide range of people who describe sometimes hopeful, often harrowing experiences. This was the book that affected me most profoundly this year. 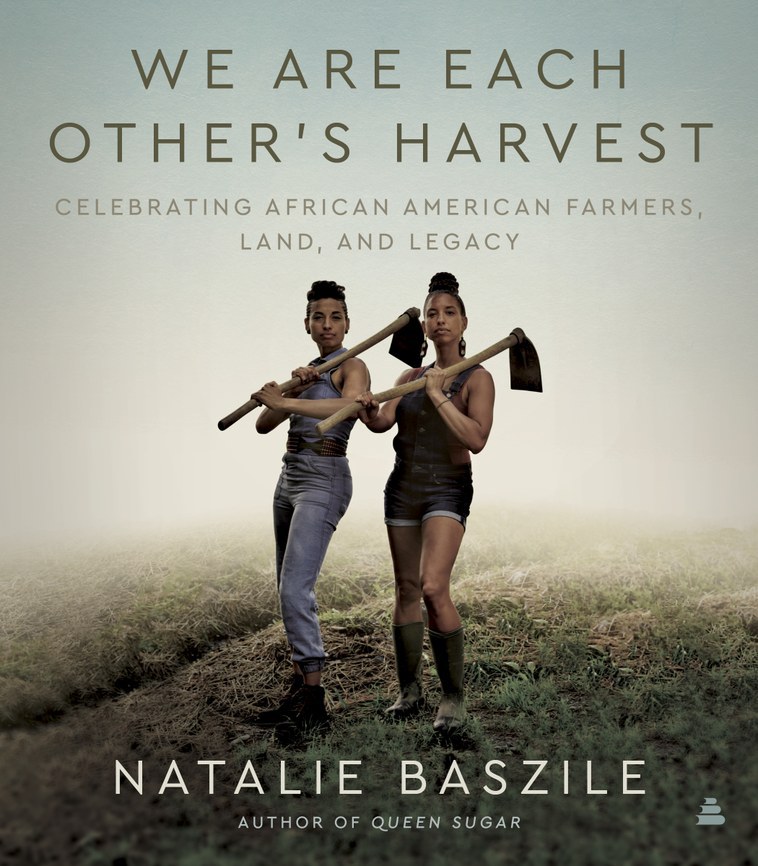 “The Secret History of Home Economics” by Danielle Dreilinger

This is a surprising and fascinating book that traces an unknown feminist lineage of Black and white women given startling opportunities for success as professors, engineers, chemists, and businesspeople at a time when a woman’s place was confined to the home. Dreilinger’s research into the beginnings of home economics and its development runs directly against the narrative many of us experienced as we sewed our gym bags or put together Jell-O molds in middle and high school. The women she chronicles became chemists and marketers, and created the interrelated fields of nutrition, health, and exercise. They tested parachutes, created astronaut food, and took bold steps in childhood development and education. Every high school student (and their parents) should read this book. 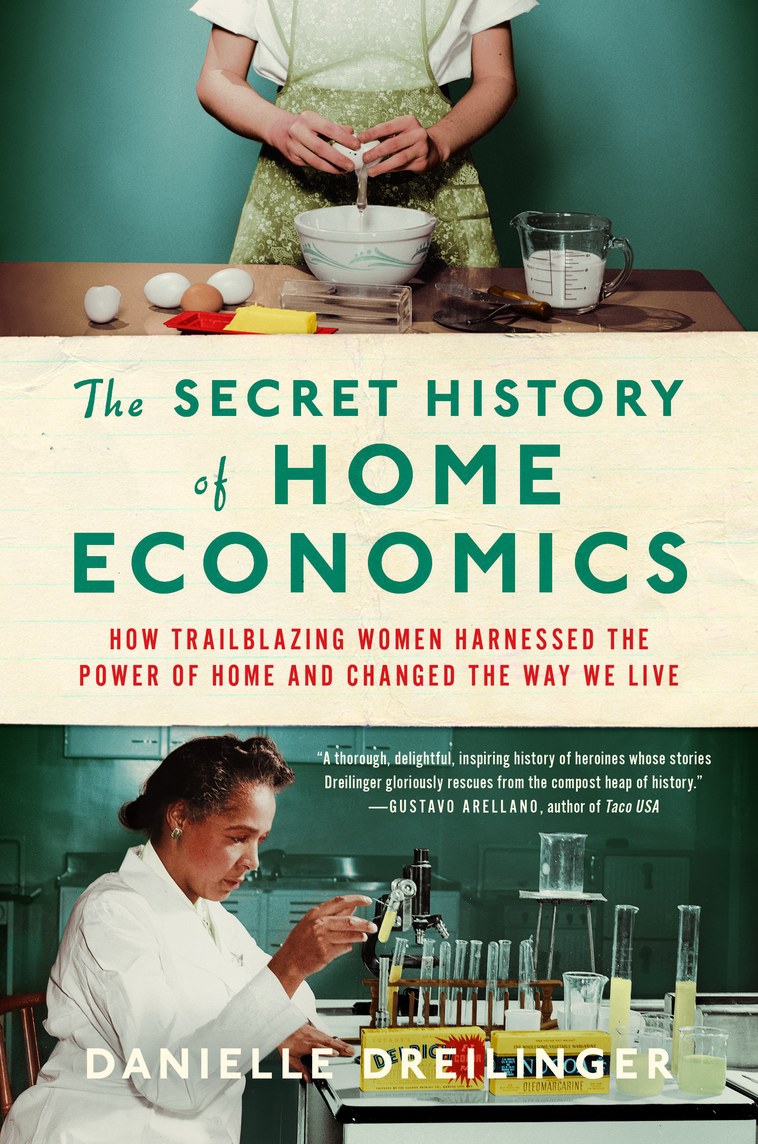 As someone who has been reading cookbooks for 60 years, I’m acutely aware that there is a vast collection of valuable voices that didn’t just spring up in the last decade. I’m lucky to have that historical context, but many do not. Talented award-winning writer and professor Mayukh Sen’s book remedies this by shining a light on seven immigrant women who were trailblazers of their times. The women are: Chao Yang Buwei, Elena Zelayeta, Madeleine Kamman, Marcella Hazan, Julie Sahni, Najmieh Batmanglij, and Norma Shirley. The stories are fascinating, as is Sen’s use of Julia Child as a counterpoint throughout the book. 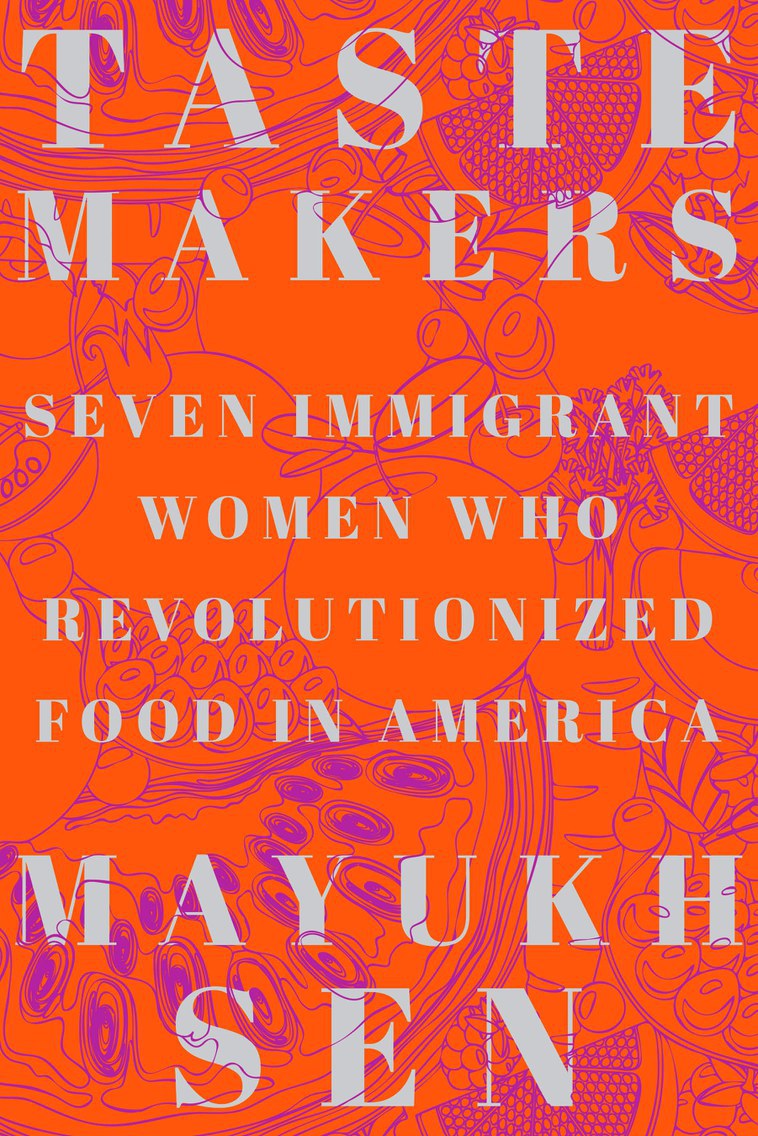