Yorkshire pudding and sausages are Leslie Bilderback’s ode to Miss Price of Bedknobs and Broomsticks for this take on toad-in-a-hole. Photo by Teri Lyn Fisher

Reading can bring us nearly as close to food as eating it, and not just through cookbooks. From the lembas loaves of Tolkien, to Shakespeare’s posset pudding, to Harry Potter’s favorite treacle fudge, fiction has conjured fantastical food and drink that have left readers craving their real-world counterparts.

Concocting them, however, isn’t quite as simple as the wave of a magic wand. Luckily, chef and author Leslie Bilderback has a new book of recipes due out in October that divines fictional favorites into culinary realities. “Once Upon a Kitchen: 101 Magical Recipes” draws from the stories of Shakespeare, Tolkien, “Star Wars,” Dungeons and Dragons, Grimm’s fairy tales, and more to serve up offerings like Jedi Ration Bars, Rapunzel’s Rampion Salad, and Mulan’s Dragon Fruit Pops.

Bilderback joins Evan Kleiman to discuss the inspirations and process behind her work.

KCRW: What is it about the descriptions of food in these particular stories that made you want to write this book?

Leslie Bilderback: “I just love fiction in general. But I really wanted to relate these magical elements of these stories … because that's not real. But when they bring food into it, we can relate to that food because we all eat and we can really understand the process. ... So it is a sort of a link for us into these fantastical worlds. And then in the really fantastic realms when the ingredients are weird, that's even more delightful to imagine.”

What non-cookbook culinary scenes made an impression on you as a child?

“I think it was the ‘Little House’ books. I wanted to be a pioneer child. From the very first book, ‘Little House in the Big Woods,’ they're boiling maple syrup and pouring it on snow to make candy. And there's really vivid scenes about the long winter when they didn't have any grain and they took the seed grain and then grounded it in the coffee mill to make bread to survive. And Johnny cakes, and all learning how to churn butter, all that stuff really captivated me. I'm a little disappointed that I am not a pioneer, but I loved it.”

Let's talk about some of these recipes. Start us off with something from the Tolkien universe.

“The Tolkien universe is a terrific food journey. While all of those stories are sort of medieval in tone … Tolkien couldn't really do medieval food. You wouldn't really relate to eating a stuffed swan, or whatever. So he used food that he knew that he grew up with around the 1890s. And so it's very relatable, especially to his audience, which was originally kids. I've used a lot of the really iconic food scenes to draw from, like in ‘The Hobbit,’ in the very beginning, there's the unexpected party where Bilbo Baggins thinks he's gonna have tea with Gandalf the wizard, and 13 dwarves show up and they eat him out of house and home. It's so vividly written, and you really get a sense of not only how proud he is of his home, but what a really good cook Bilbo was and what a great host he was.

So that's the kind of thing to me that is just so fun. And I know there are millions of Tolkien fans out there that are familiar with every one of these food references, which is also kind of the fun part about it is. ... I'm doing a live demo for Oxonmoot, which is the Tolkien convention in Oxford. I'm not going to Oxford, but I'll be streaming to Oxford for them. So that'll be fun.”

Talk about one of the recipes from the “magical nannies” section of the book.

“The one that I love is ‘Bedknobs and Broomsticks.’ The character, Miss Price, becomes a nanny by default. She doesn't set out to be a nanny, but she ends up having to nanny three kids, and it's because it takes place during World War II and all the kids were evacuated from London and they had to go live with strangers in the countryside. But she's actually taking this correspondence course to learn to be a witch and she doesn't really have time for kids. It's just wacky because she tries to feed them things like nettles, things that they eat in the country, but they just want regular London food. So I just did toad in the hole for that one, but I did little individual ones with Yorkshire pudding, which is a pretty traditional take on that.”

Let’s talk about the Potter-verse and your treacle tart recipe. This was Harry's favorite dessert, right?

“Yes. Treacle is like a byproduct of the sugar process. There's golden syrup, which is a light treacle. And then there's dark trickle, which is like blackstrap molasses. So it's basically a more refined version of molasses, in my opinion. People spread the golden syrup on toast like honey. And then treacle tart is a really old standard. It sort of reminds me of Brown Betty, in that it uses bread, not any other kind of pastry topping. It's really, really simple ingredients.”

The book is not out yet, and has gotten pushed several times. I understand that you had some censorship issues with China?

“Right. It was pushed back a few months, and then it was pushed a year. And then it was meant to come out this month, and the printer was in China. There's a Disney chapter, and in the ‘Little Mermaid’ recipe, I tell a story about how the ‘Little Mermaid’ was, at least for a long time, the last hand painted animation cells. And there's millions and millions of bubbles in that movie. And so they outsourced bubbles to a Chinese animation firm.

And all of this was taking place right around the student protests in Tiananmen Square. And so I mentioned that. And just because I said the words, ‘student, protest, Tiananmen Square,’ China flagged it and wouldn't print it. And happily, my publisher said, ‘Well, we'll just find another printer.’ So I thought that was nice and made me happy. But it pushed it in another couple months. Supposedly, the first week in October is when it's slated now. And we have actual copies in our hands. So we know that it has been printed somewhere.” 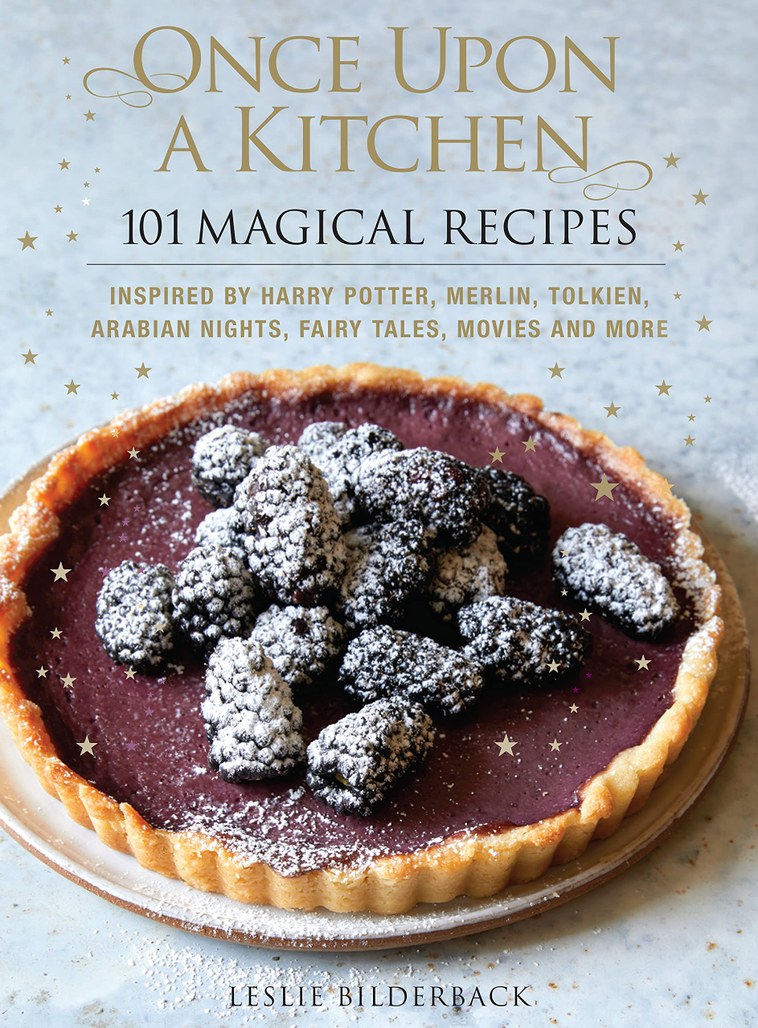 Leslie Bilderback makes recipes work in the real world from those in a fantastical one in “Once Upon a Kitchen.” Photo courtesy of Get Creative.

Science fiction writer Eli Lee dips into her imagination to create fictional worlds and fantastical, quotidian meals of the future.

Reading can bring us nearly as close to food as eating it, and not just through cookbooks.

Unsnackable: Dreaming about inaccessible snacks during the pandemic

Folu Akinkuotu uses her weekly newsletter “ Unsnackable ” to share snacks from around the world that she may or may not have tasted.

Most entrepreneurs will tell you they don’t want to be like anybody else in the market, but Beny Ashburn and Teo Hunter are hoping to start a revolution. They’re the owners...

How ‘bout them apples? ‘Tis the season at the farmer’s market