Sean Brock on the key elements of Southern cooking Sean Brock thinks a lot about the future of Southern food—where it’s going, how it fits into our country’s history. And to understand that future, he often finds himself looking toward the past.

Roughly the size of continental Europe, the American South is far more diverse than many realize—and that applies to people, climate, culture, and food. In his latest book, Sean Brock is showcasing the South in all its manifold glory.

Traditional Shrimp and Grits
Serves 6 as an appetizer, 4 as a main course
Excerpted from South by Sean Brock (Artisan Books). Copyright © 2019. 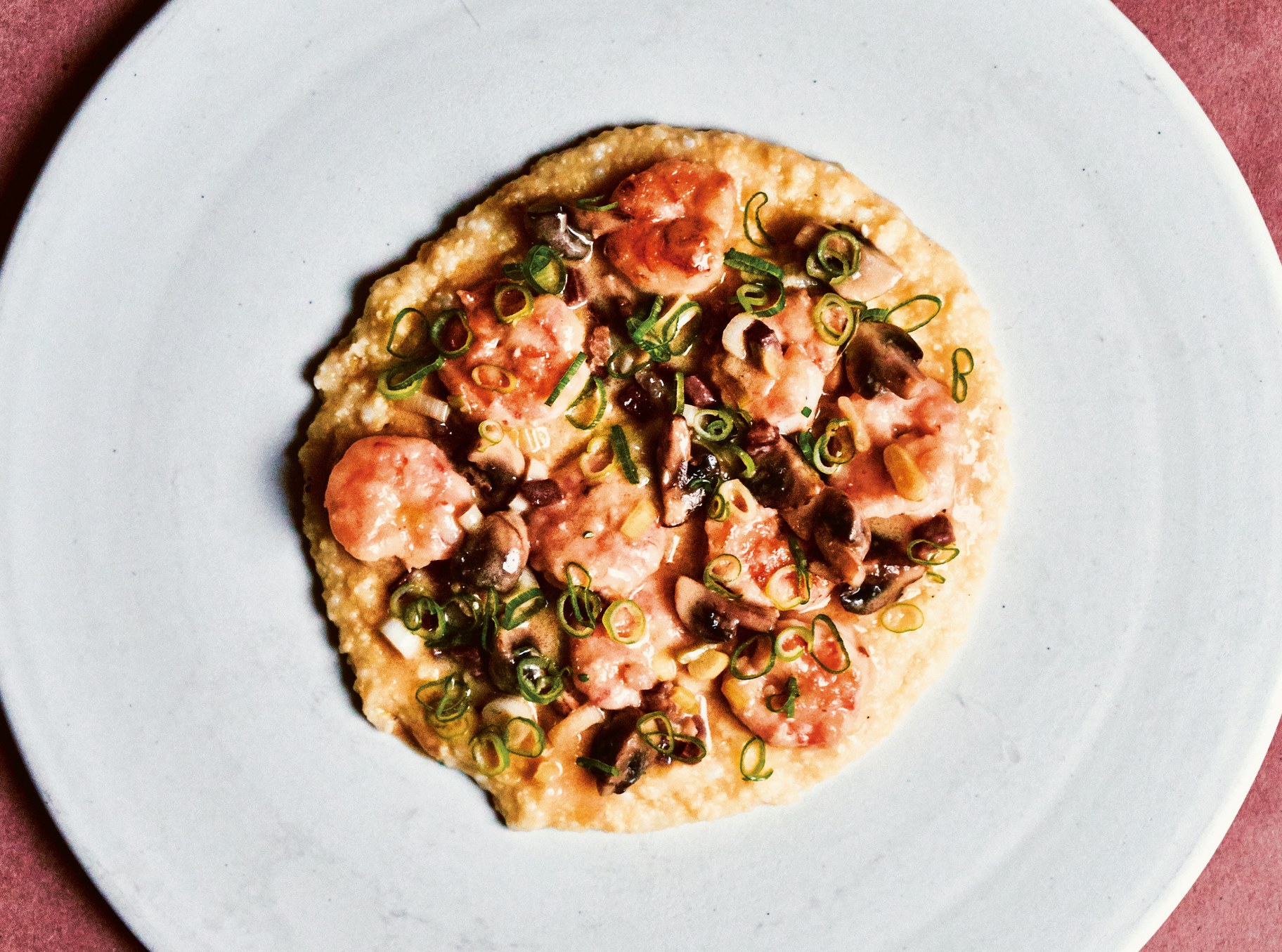 This is shrimp and grits at its simplest. It’s a quick, easy, one-pan dish, and it is the only way I cook shrimp and grits at home. The recipe is a tribute to the late chef Bill Neal, of Crook’s Corner in Chapel Hill, North Carolina. He was one of the first chefs to celebrate the dish and elevate it into the realm of the restaurant. Bill’s vision made it possible for chefs, including me, to serve shrimp and grits in restaurants all over the South. Making this dish is my chance to pay back that debt.

Stovetop Grits
Serves 4 as a side

This stovetop method is the traditional way of cooking grits, and it requires a lot of your attention and time. It’s the most romantic way as well. You’ll have a close connection with the finished product after having carefully and stressfully watched over the pot as the grits cook.

The two most important steps are soaking the grits for at least 8 hours beforehand and skimming off the chaff before you start cooking. Soaking the grits will jump-start the hydration process, and that—along with removing the chaff—results in creamier, more delicate cooked grits.

NOTE: You’ll need to plan ahead to soak the grits.

The many faces of Southern cuisine

Sean Brock on the key elements of Southern cooking

Sean Brock thinks a lot about the future of Southern food—where it’s going, how it fits into our country’s history.

The southern past of egg nog

In 2017, the culinary history podcast called The Feast looked at the fascinating history of drinking in the South, which includes the origins of eggnog.

A southern vegan sounds like an oxymoron to those who think of Southern food as a meaty cuisine. Timothy Pakron relies on flavors from plant-sources, making nostalgic...

The American South has given us one of our nation's most distinctive and varied regional cuisines.

Choose your pleasure at Spoon by H in Mid-City